The truth is out and nothing will ever be the same in these spoilers from THE YOUNG & THE RESTLESS!

Nick was stunned to learn that Victor was Chloe’s co-conspirator to frame Adam for murder, and now feels that his father is somehow part of the events that led to his son’s explosive demise. As Nick angrily confronts him about the series of events that led to Adam’s tragic death, Victor asks, “Why do you hate me so much, son? Why?” How long do you have, Vic? Because judging from the furious look on Nick’s face, it’s probably quite a long list!

Meanwhile, Paul visits the ranch to update Nikki on the current events spiraling out of Chloe’s disastrous wedding to Kevin. “I got some information tonight about Adam’s death,” he warns Nikki. “And I thought you would want to know.” Nikki braces herself for the worst, but she has no idea what’s coming!

MUST SEE: Max Shippee Joins the Cast of Y&R — Find Out Who He’ll Be Playing! 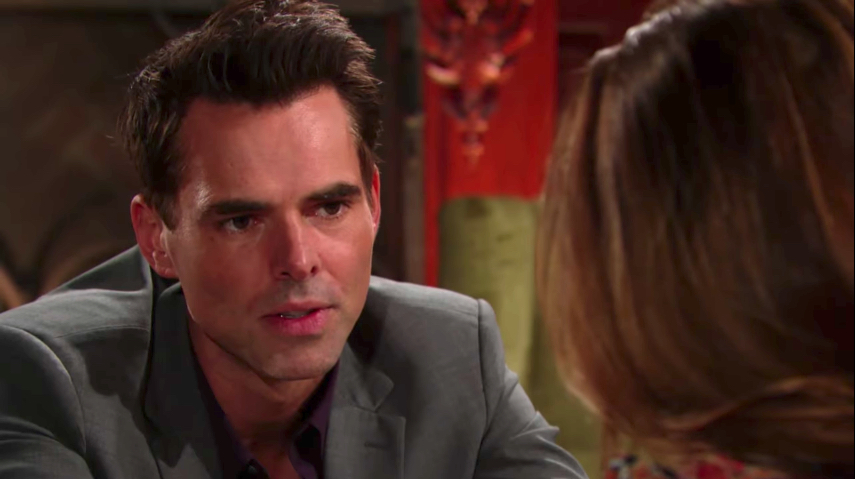 Over at the club, Billy and Victoria are having a chat where the topic of conversation naturally turns to the status of their on-again, off-again relationship. “I guess what I’m saying is that I’m glad we are where we are right now.” Could they truly be on the road to reconciliation? Or is there another hurdle still yet to overcome before they get there?