What does the future hold for the residents of Genoa City? Find out in these spoilers from THE YOUNG & THE RESTLESS!

Nick is desperate to save his mother from having to perform at this piano concert that Victor set up for her. With her MS flaring up again, Nikki in agonizing pain, but is putting on a brave face and insisting on doing the show. Unable to convince her to back out, Nick tries approaching Victor. “You show up at the concert on your best behavior,” the Mustache warns his son. But Nick protests: “This concert is not for her — it’s for you. Cancel it.” Can he convince Victor to see sense? (Come on, this is Victor Newman we’re talking about — when has he ever admitted to making a mistake?)

MUST SEE: Jason Thompson Mourns the Death of His Dog, Vedder 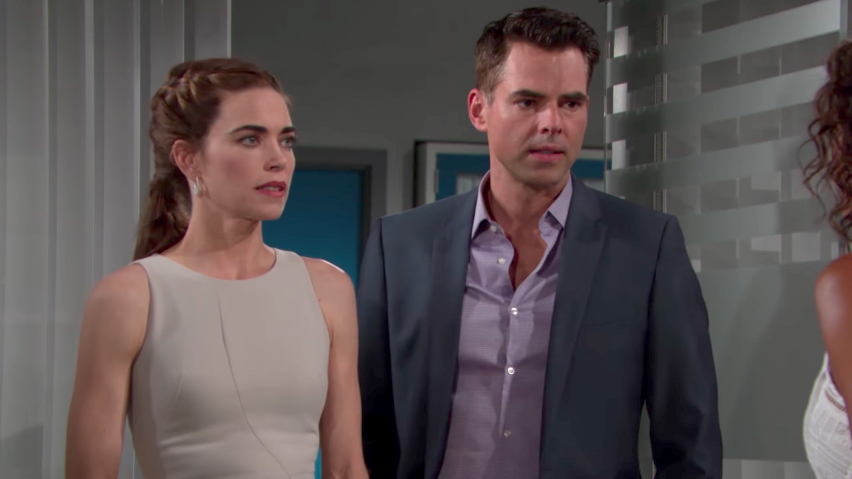 Cane has some more bad news to break to his family as he tells Mattie and Charlie about his job. “Victoria had to let me go,” he confesses. The kids are confused, and Mattie asks, “Wait, she fired you?” And over at the Brash & Sassy offices, Victoria and Billy share the news with Lily. “I”m sorry that it had to go down that way,” Victoria admits, “but Cane left me no choice.” But what does Cane’s firing mean for Lily’s future as the face of Brash & Sassy? Will she have another reason to be angry with her husband?

Steve Burton Wants to Help His Fans Get Healthy!