The nightmare may be over for one character in these spoilers from THE YOUNG & THE RESTLESS, but for another, it’s only just beginning! As the cops try to shut down the sex trafficking ring, Nick struggles to do a little detective work of his own to find out who’s out to get him. And he doesn’t have to look very far!

Nick was stunned when he accessed his bank accounts to discover that they had been completely emptied. However, when he thinks about who would want to destroy his life, the list of suspects is actually quite small! “You can stop trying to find who hacked my account,” Nick tells someone on the phone as he stands in the doorway of the Genoa City Athletic Club dining room. “I figured out who it was.” Hanging up the phone, Nick turns his eyes into the room where he glares at Victor making a toast at a nearby table. But without proof, is there anything Nick can do to get his money back? 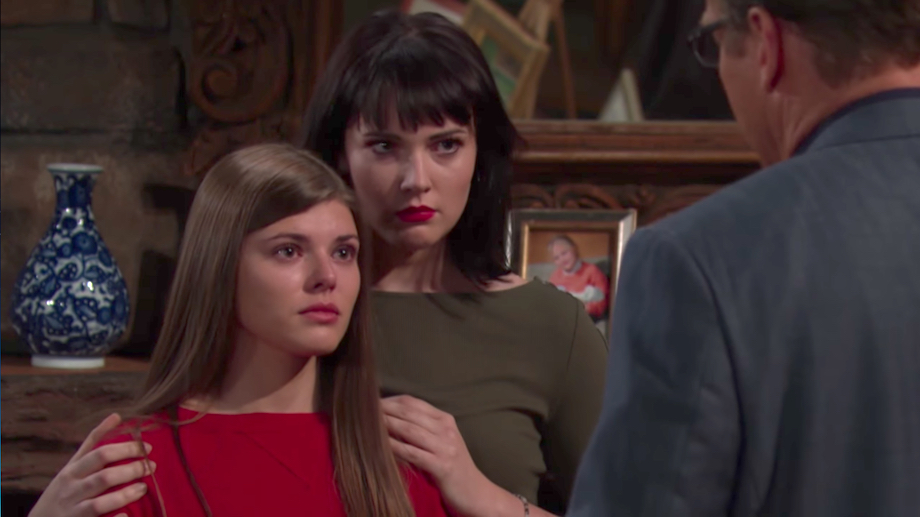 Tessa and Crystal are reunited… for now! (Photo Credit: CBS)

Having rescued Crystal from the sex ring, Tessa is overjoyed to be reunited with her sister. And while they’re safe at Sharon’s for the moment, their troubles aren’t quite over yet. Paul arrives to assure Crystal that things are going to be alright. “I’m here to help, and you can trust me, okay?” he promises. “Which makes what I’m about to say even more difficult.” Standing close to her sister, Tessa’s eyes widen and she looks up at Paul. How much more can these sisters endure? Meanwhile, the cops bust down the door of the home where Alice had been staying, but it appears to be empty. Has she managed to escape justice?

Jason Thompson and His Wife Welcome a Beautiful Baby Girl!