It’s family time in these spoilers from THE YOUNG & THE RESTLESS. The Abbotts do a little bonding while the Newmans find their dirty secrets splashed all over the news!

Victoria, Nikki, and Nick are sitting on the couch with a bowl of popcorn watching Hilary’s show and all three are stunned to see the footage Hilary secretly taped in the parking garage. As Nick calls Victor “arrogant and heartless” and The Mustache responds by punching his son in the face, Nikki is aghast. Victoria looks uncomfortable, and Nick hangs his head in shame. “It looks like father and son have a very different relationship than what they show the public,” Hilary comments after the footage airs. Is there any way for the Newman family to do damage control on this one? 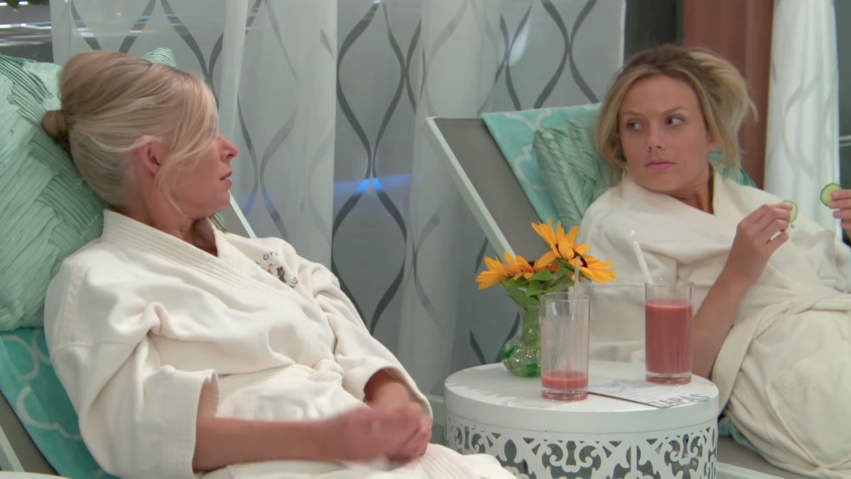 A little worried about her mother, Ashley enjoys a spa day with Dina and Abby. But as the women are relaxing, Dina startles her daughter and granddaughter with her frank observations about relationships! “Take my advice,” she urges. “Younger men ask for so little… and they give so much.” Abby and Ashley take the cucumber slices off their eyes and shoot each other a look. Is Dina talking about her own relationship with Graham, or is she hinting that Ashley should finally take the plunge with Ravi?