Nikki finally takes the stage in these spoilers from THE YOUNG & THE RESTLESS!

When Nick was unable to persuade his mother to play at the benefit concert Victor set up for her, he went so far as to sabotage the sound board at the venue. But when they found a replacement, the show must go on! Victor takes the stage to announce Nikki Newman to the stage, and the audience erupts into thunderous applause. Even with her MS flaring up, Nikki has insisted on performing, but when she sits down behind the piano, she places her hands on the keys and freezes. Will she be able to play or has this all been a terrible mistake? 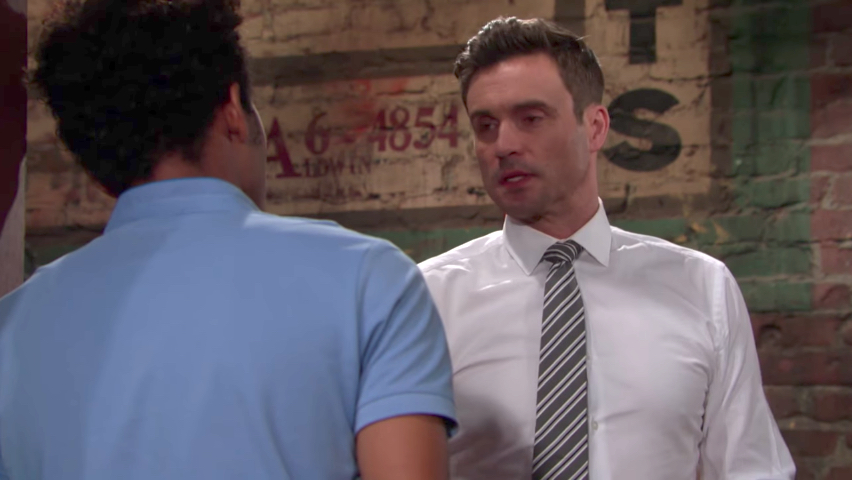 Cane and Lily break the news to their kids they’re getting another sibling! (Photo Credit: CBS)

Elsewhere in Genoa City, Lily and Cane have to break the news to their children that they’re going to be getting a new baby brother or sister very soon. “There’s something that you guys need to know,” Cane says cautiously as Charlie glares at him. Mattie insists, “Whatever it is, just tell me.” Lily frowns at her daughter. How will they find the words to explain that Cane got drunk and slept with Juliet in Japan and now she’s having his baby? Well, they’ll probably phrase it slightly differently!

Don’t miss this tease from today’s life-changing episode, and for more Y&R previews, keep reading the CBS edition of Soaps In Depth magazine!

Michael Muhney Speaks Out on Rumors of a Y&R Return!