The fallout from the charity performance continues to affect Genoa City in these spoilers from THE YOUNG & THE RESTLESS. The Nemwan family is coming apart at the seams, and Hilary may hold the straw that could break the camel’s back!

Victor pays a visit to the club to thank his grandson, Noah, for his help in making sure Nikki’s performance happened despite Nick’s sabotage. “I’m very grateful that you solved a problem that your father created.” Look at Victor, subtly planting seeds of dissension in the ranks! Meanwhile, Nick tries to explain to his mother why he did what he did. “I did that to protect you,” he insists. “And this family.” Nikki is horrified, and can’t believe the words coming out of her son’s mouth. “If I close my eyes, I’d swear it was your father!” Nick insists he hates everything Victor stands for, but is he slowly turning into his dad?

MUST SEE: Fall in Love With Kevin and Chloe All Over Again! 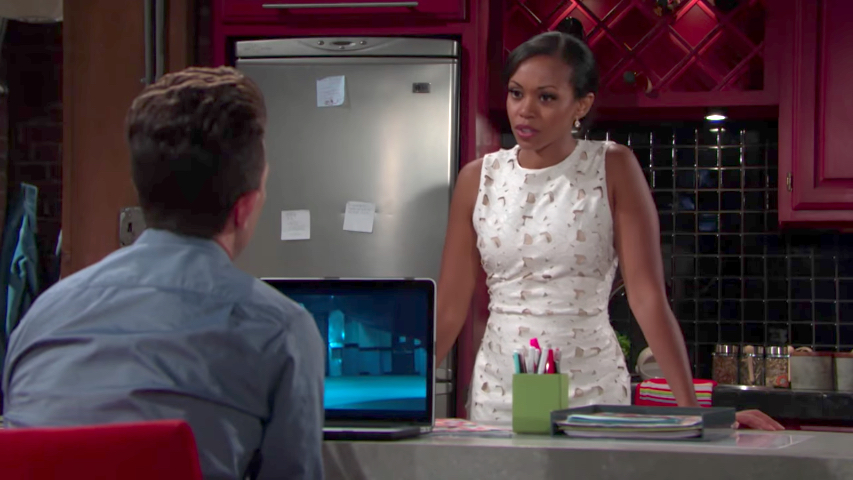 Over at the GC Buzz studio, Howard and Hilary discuss what to do with the footage they secretly shot of Victor and Nick’s brutal fight that ended with Victor punching his son. “‘Air as much of that material as you see fit,'” Hilary tells a disbelieving Howard. “That was a direct quote from Victor.” Will they use the explosive tape to boost their ratings no matter what the cost?

Melissa Ordway Announced Her Pregnancy With the Cutest Family Photo!