Several relationships are at a major turning point in these spoilers from THE YOUNG & THE RESTLESS!

Jealous that Victoria has Billy all to herself on this Brash & Sassy business trip to Los Angeles, Phyllis decides to take matters into her own hands and shows up herself! “Welcome to the Beverly Palm,” smiles the desk clerk (guest star Alec Mapa. “Do you have a reservation?” With a scarf tied around her head as a kind of quick and easy disguise, Phyllis makes a face. Will she succeed in tracking Billy down and keeping him away from his ex-wife? 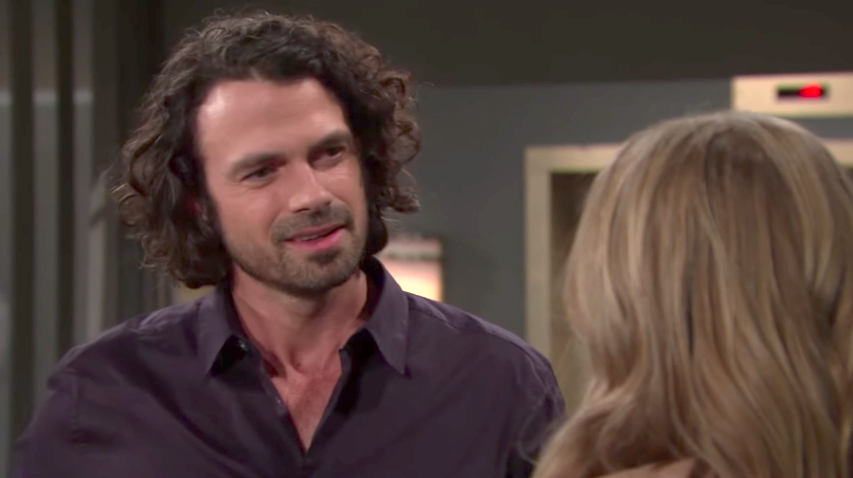 Meanwhile, back in Genoa City, Christine has some questions for Scott, but they’re not business related! “What’s with you and Sharon?” she wonders. Scott sighs and shakes his head, trying to smile, but he’s clearly taken aback by the query. But just what are his feelings for Sharon? And will a relationship further complicated his already messy life?

Over at Jabot, Gloria confronts Jack about his recent treatment of her. “It’s obvious you no longer want to continue our… friendship,” she hisses, “now that everyone knows about it.” Was the fact that their affair was a secret the only thing keeping Jack interested or might he actually have developed genuine feelings for Gloria?