Billy has finally pushed his luck too far, and in these spoilers from THE YOUNG & THE RESTLESS, he’s in big trouble! Jack’s also not doing so well right now, and for that matter, neither is Lily, who hopefully is just talking a good game and not thinking about following through on her suggestion!

Phyllis knew that Billy was stealing confidential Jabot files off of her laptop to help Brash & Sassy get an edge in the business competition, but she held out hope that Billy might actually do the right thing in the end. Unfortunately, that was not to be, and when he gets on the phone with Victoria, that is the last straw! “If she’s your priority, you can go live with her!” Phyllis shouts as she physically shoves Billy out her front door and slams it in his face! On the phone, a confused Victoria wonders what’s going on, and Billy just stands out in the hall alone. Can Billy possibly salvage his relationship with Phyllis? And what about Brash & Sassy? 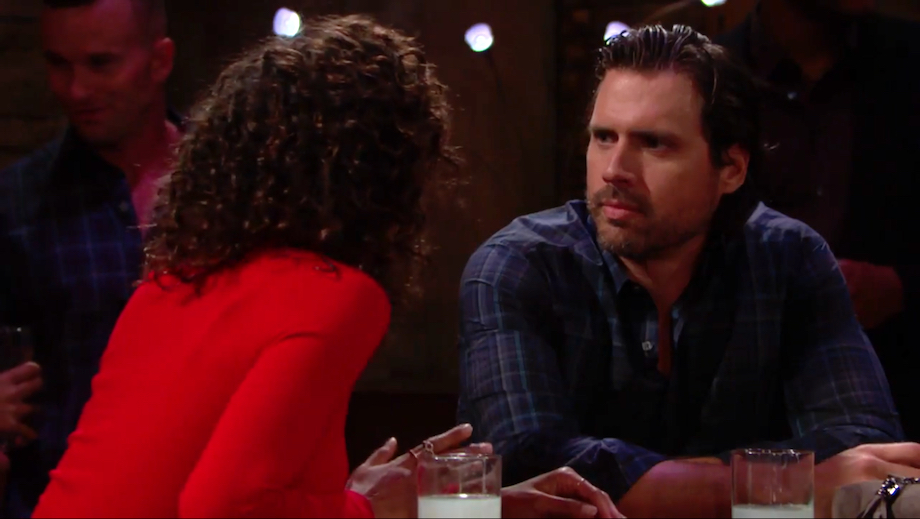 Much like Phyllis, Lily is fed up with the man in her life and decides to escape all the drama with Cane and his babymama Juliet by drowning her sorrows at The Underground. There she finds herself unloading on Nick, who offers her a shoulder to lean on. “I just want to have revenge sex with some hot guy,” Lily declares. “Like you!” Chelsea might have a little something to say about that!

Meanwhile, Jack is still desperate to locate his mother, and admits to Nikki: “I don’t know what else I can do.” Nikki just sighs and suggests: “You could stop trying to find her.” The last time Dina abandoned her family, it was of her own volition, but this time it seems that Graham has absconded with her. Can Jack really let him get away with that?