Things are heating up in these spoilers from THE YOUNG & THE RESTLESS! Phyllis is hitting on a new man, Dina is on the warpath, and Cane is a drunken mess. What’s going on in Genoa City?

After Billy betrayed her by using her to steal Jabot corporate secrets, Phyllis threw him out of her home and her life. He’s tried to beg forgiveness, but she’s refusing to listen to anything he has to say. And now it looks as though she’s already moving on to a new man! At the Genoa City Athletic Club, she’s cozying up to Jordan, grabbing his thigh under the bar and asking, “Is that better?” The photographer smiles and says it is. What is she up to and how far will she let it go? 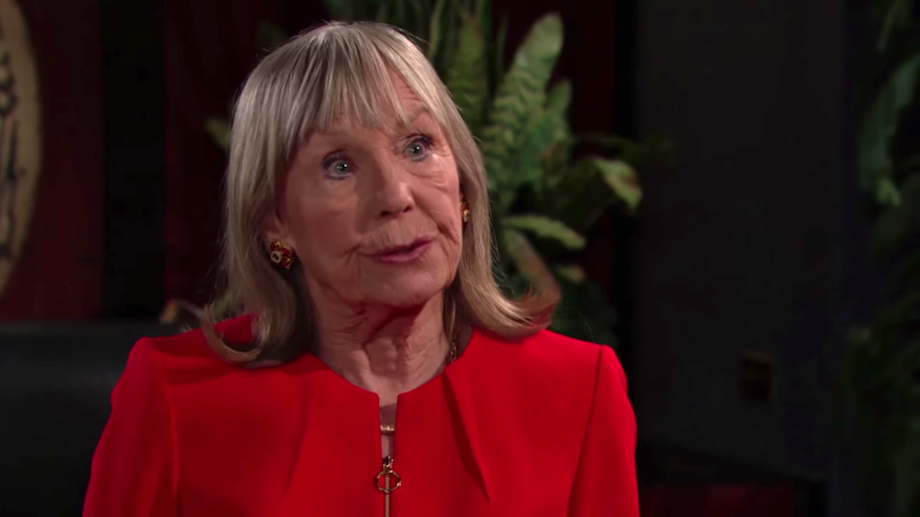 Dina is stirring up trouble at the Jabot offices and things are getting out of control! “You’re just another floozy,” she tells Gloria, “whose only skill is how good you are between the sheets.” Gloria is enraged, and Jack is startled by her behavior. “Mother!” he shouts, annoyed.

Lily is startled by a noise at her front door and hears a drunk Cane on the other side begging for forgiveness. “I don’t want to get divorced from you,” he slurs. “I love you, baby!” Will Lily take pity on Cane and let him in? Or will she just ignore him and hope he goes away?