Things are getting extremely complicated in these spoilers from THE YOUNG & THE RESTLESS!

Sponsored
Doing This Every Morning Can Make You Feel Better All Day Long
Dr. Gundry explains exactly which foods to eat — and which to avoid — to help you lose weight, support digestion, and feel more energetic.
Learn More

Ashley is less-than-pleased to discover her prize new Jabot employee, Ravi, having lunch with Phyllis at The Top of The Tower. Interrupting their meal, Ash snatches up Phyllis’ business card. “Senior executive marketing consultant,” she reads aloud as Ravi hangs his head in shame. “No room for VP of Poaching?” Phyllis gives a sly smile, not backing down for a moment. She may have been busted trying to steal Ashley’s employee, but don’t expect her to apologize for it!

In Miami, Alex knocks on Dylan’s motel room door and coldly informs him, “We’re good to go. Fisk is waiting.” With a briefcase in his hand, Dylan nods and declares, “Let’s do this.” But will meeting with the big boss finally lead to Dylan finally making an arrest, or does the crime lord have something else planned? 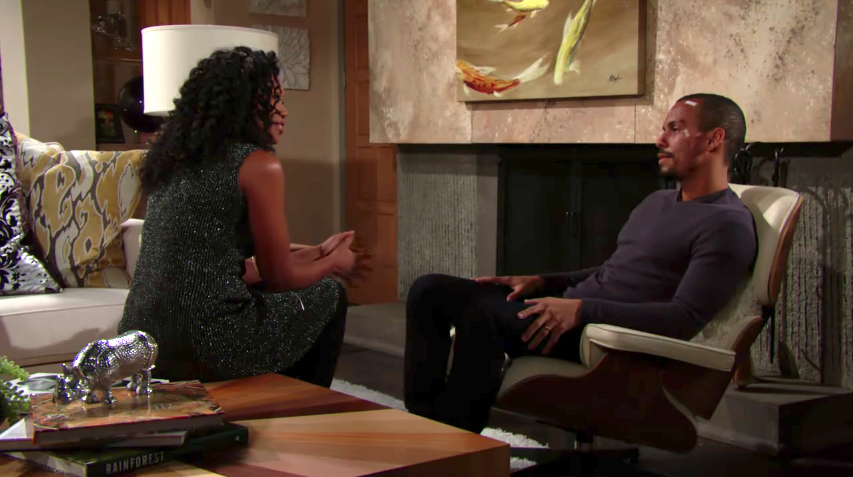 Now that he’s home and on the mend, Devon can finally think about the future. “You’ve made a decision… does it involve me?” Hilary asks her husband. “You’re damn right it involves you,” he replies. Has Devon regained his memories of New Year’s Eve and the drama Hilary caused that led to him crashing his car in a flurry of emotion? Or are Hilary’s secrets still safely locked away, and Devon has something else to announce?

Don’t miss this tease for today’s confrontational episode, and for more Y&R previews, keep reading the CBS edition of Soaps In Depth magazine!