The week in Genoa City kicks off with some dramatic confrontations in these spoilers from THE YOUNG & THE RESTLESS! Scott makes a dangerous decision, Jack takes a stand to protect his mother, and Cane has some explaining to do!

After being arrested for Natalia’s murder, Scott was eventually released, but could still be facing charges if he can’t somehow prove that he was set up. Frustrated, Scott remains convinced that Zack drugged him so that he would wake up in the sleazy motel next to the hooker’s dead body, and confronts the guy in Crimson Lights. “I think you know a hell of a lot about what happened that night,” Scott warns Zack. “You’re the one who set me up.” That may be true, but has Scott just made a deadly mistake by threatening Zack? 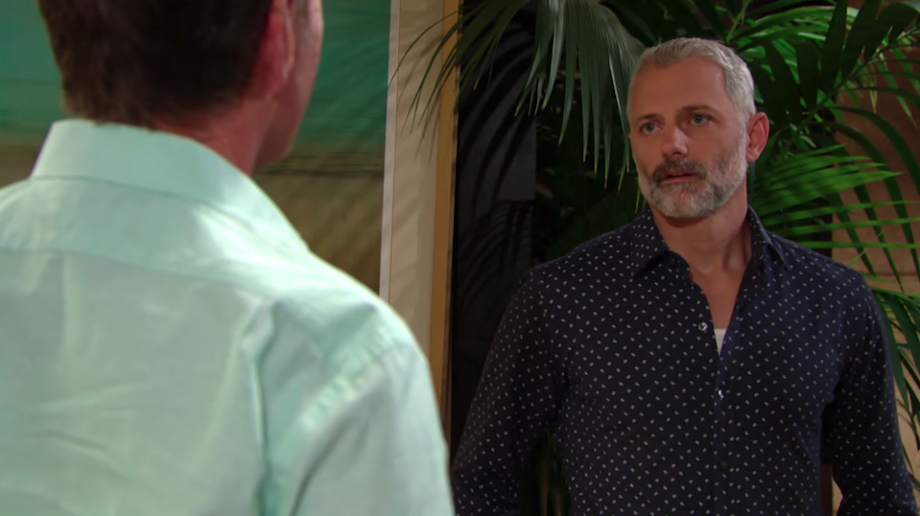 In Florida, Jack and Ashley are desperate to get their mother out of Graham’s clutches, and can’t understand why she’s acting so nonchalant about everything that’s happened. “Welcome to Florida,” Jack gloats to Graham. “Here you will have nothing to say about my mother’s decisions.” But even if Graham no longer has power of attorney, does he still have a hold over Dina?

Ever since his marriage to Lily fell apart, Cane has been struggling to maintain a good relationship with his kids. Unfortunately, things take another turn and Mattie is not happy about it. “Of course you have nothing to say,” she pouts. “You weren’t even going to tell us you were living with her, were you?” Will Juliet’s living arrangements cause irreparable damage between the twins and their father?

Justin Hartley and Chrishell Stause Married in an Intimate Ceremony