Families are being reunited and torn apart in these spoilers from THE YOUNG & THE RESTLESS. Even as Tessa finally seems to be on the verge of getting her sister back, Lily makes an announcement that will change her family’s future forever.

By convincing Alice that she was really Cassie, Mariah managed to get her to crack and reveal that Crystal was in New York with Leon. Unfortunately, Alice continues to insist that she knows nothing about any sex trafficking ring, but with Sharon’s assistance, Mariah and Tessa get her to help them anyway. However, their plan could come to a disastrous end as Leon finds Sharon hiding in some bushes and drags her out into the light kicking and screaming. “Get your hands off of me!” she yells, trying to escape the henchman’s grip. Looking at Alice, who is standing nearby with Crystal, Leon demands answers. “What the hell is going on here?” he barks. Still hidden with Mariah, Tessa looks on at her sister who she so desperately wants to save. But Leon is a big guy, and he has a gun. Are they in over their head? 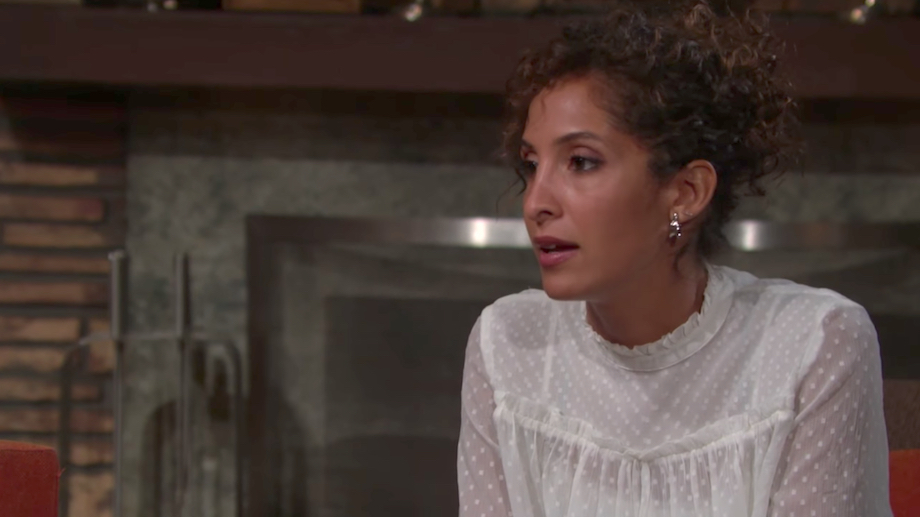 Lily has bad news for her children. (Photo Credit: CBS)

Lily has made up her mind that divorce is the only option, and although Cane desperately wants to fight for his marriage, he seems to have realized it’s a battle he can’t win. So the pair sit Charlie and Mattie down to break the sad news to them. “Your dad and I,” Lily says, her voice breaking as she struggles to find the words, “uh, we’re getting a divorce.” Sitting on the couch his hands folded across his chest, Charlie looks angry, but Mattie’s eyes widen as she looks to her father as if to ask him to say it isn’t true. But all Cane can do is hang his head in shame. Is there any way to put this fractured family back together again?

Y&R Recaps of All the Action From Last Week!