The new year is starting off with a bang in these spoilers from THE YOUNG & THE RESTLESS! Lily and Cane look like they’re reuniting, but Nick and Chelsea are terrified when Christian goes missing. And when Sharon learns the truth about Abby and Scott, all bets are off!

Lily and Cane have been slowly drawn back to each other following Juliet’s death and the birth of his son, Sam. But after the couple only shared a warm hug on New Year’s Eve, it looked like things had reached a stalemate. However, in the coming new year, they fly into each others’ arms again — and this time for a passionate kiss! Could Lily and Cane’s marriage be back on track?

When little Christian wanders off, Chelsea and Nick’s world is turned upside down. “He’s missing!” she exclaims. Might the drama surrounding Christian lead to the revelation of his true parentage?

Scott and Abby’s kisses have been witnessed by Faith and Nick, but now Sharon is also aware of what her beau has been up to behind her back! “I know about you and Abby,” Sharon warns Scott. “Your dirty little secret has been dragged out into the light.” And after dumping a huge bowl of oatmeal over his head, Sharon turns her attention to Abby, viciously slapping her across the face in front of everyone at the GCAC! But Abby gives as good as she gets, hauling off and smacking Sharon, right back! How ugly is this going to get? 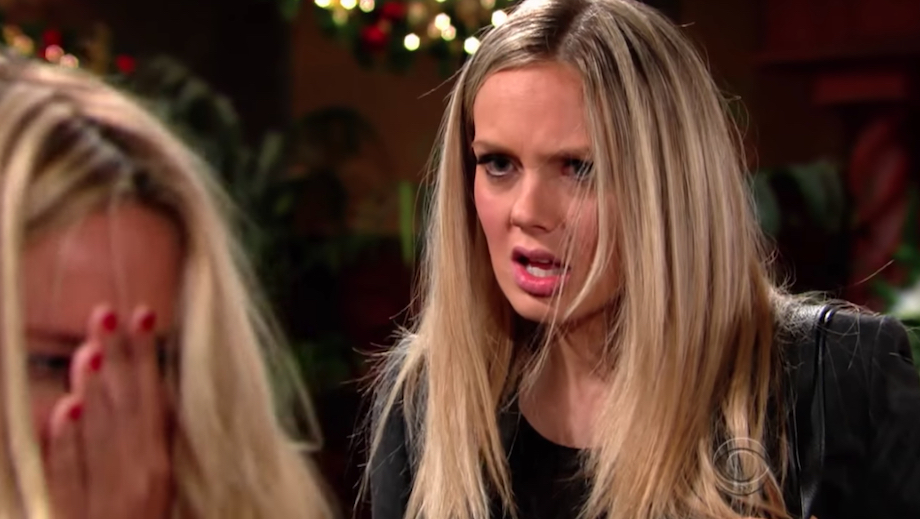 And over on THE BOLD & THE BEAUTIFUL, Liam wants to know why Steffy ordered a paternity test on their baby, and when she reveals that she’d slept with Bill, he walks out on her. Steffy tries to get him to stay, but he storms over to the Spencer offices to confront his father. And as Katie tries to comfort a distraught Steffy, Bill and Liam’s argument turns physical and the two men fall into a brutal fight which draws blood! “What have I done?!” Bill cries.

Don’t miss this tease for the drama to come, and for more Y&R and B&B previews, keep reading the CBS edition of Soaps In Depth magazine!

Daniel Goddard Wants Y&R Fans to Get Physical With Him