As Ashley’s award ceremony approaches, it looks like Graham’s secrets may finally be revealed in these spoilers from THE YOUNG & THE RESTLESS! Traci does some snooping, Nick summons Hilary, and Phyllis confronts Billy.

Naturally, Traci wouldn’t miss her sister’s big moment, but being around for the award ceremony also means that Traci can’t avoid being caught up in all the drama with Graham and Dina. And as Traci looks through an old high school yearbook, she finds a photo of a handsome young man named Graham Davis who looks remarkably like Mr. Bloodworth himself! “Graham Davis,” she repeats to herself, trying to jog a memory. “Graham Davis…” Does Traci hold the key to exposing Graham’s mysterious past? 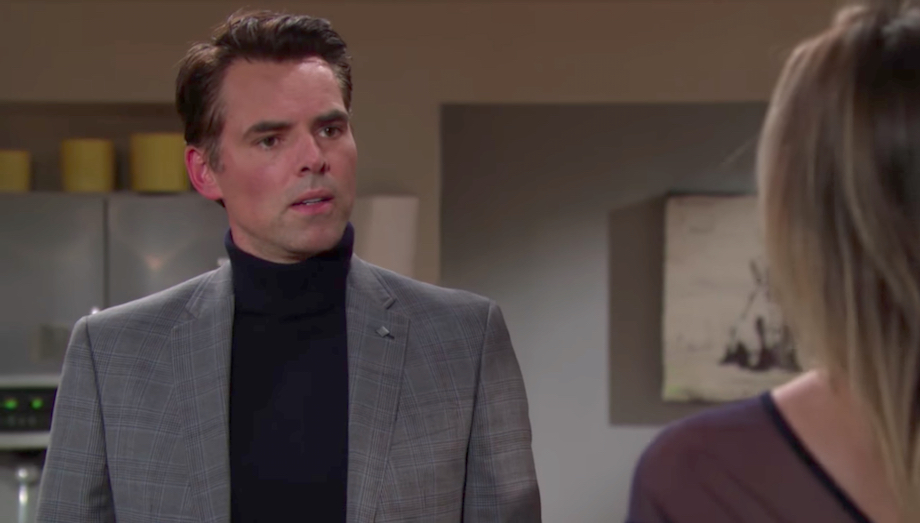 Phyllis has some bad news for Billy! (Photo Credit: CBS)

Having caught Billy accessing the confidential Jabot server on her laptop, Phyllis feels betrayed, but she’s trying to keep it cool for now. As she walks downstairs into the kitchen, though, Billy can clearly see that something is wrong. “Is everything okay?” he asks, walking towards her. Phyllis frowns and declares: “Actually, no. It’s not.” Will she confront him with the truth or leave it for Jack to decide Billy’s punishment for corporate espionage?

Meanwhile, over at Crimson Lights, Hilary arrives and strides over to the table where Chelsea and Nick are sitting with a beaming smile on her face. “Here I am,” she proclaims. “Right on time. I’m dying to hear what you want to tell me.” Nick looks furious. Is he planning to use Hilary to take revenge on Victor for stealing his money?