Tragedy strikes in these THE YOUNG & THE RESTLESS spoilers, and Genoa City will never be the same! Plus, Phyllis dumps Billy and Nick vows revenge against his own father. Can any of these relationships be salvaged?

When Phyllis learns how Summer lured Billy back into gambling causing him to nearly lose his entire fortune, it’s less the money that infuriates her and more the fact that they sneaked around behind her back! “You two of you lied to me!” she yells at her boyfriend and daughter. And as Summer and Billy struggle to figure out how to get out of this, Phyllis offers a suggestion by dropping a bag of Billy’s things down the stairs. “I won’t live with a man I can’t trust,” she announces. Is there any way to change her mind? 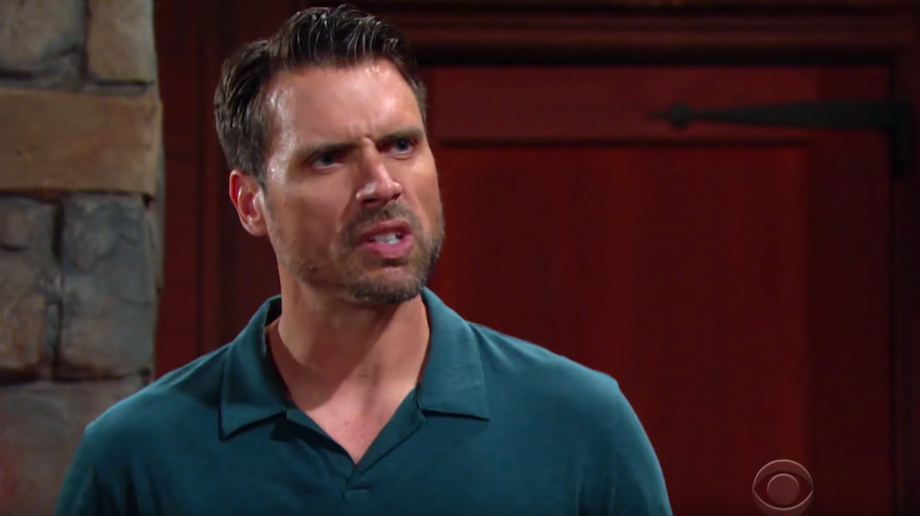 Nick refuses to apologize for putting his family through hell! (Photo Credit: CBS)

Now that the shocking truth that Nick has been impersonating J.T. to torture Victor has been revealed, everyone around him is reeling as they try to process the news. Victoria is stunned to find out that her fear that her abusive ex had returned from the grave was all for nothing and lashes out at her brother. “There is no defense for the way that you’ve acted!” she shouts as Nikki stands by her side for backup. But Nick is quick to defend his extreme actions against their father. “Everything I did was worth it,” he argues. “He is not going to mess with me or my family ever again!” As Nick and Victor go to war, the entire family will be caught in the fallout. But does this at least mean that the women have gotten away with J.T.’s murder?

While driving Hilary around town, Lily takes the opportunity to lash out at her frequent rival. “You have no business being a mother!” she yells at the pregnant woman. But it also looks as though she’s taking her eyes off the road and Hilary is terrified! And later, Shauna knocks on Neil’s door holding back tears. “You have to come to the hospital,” she cries. “Something awful happened.” Devon rushes into a hospital room, terrified, and then Neil pulls him into his arms to comfort him as they both break down in tears. Can they recover from this devastating loss?

Don’t miss this tease for the emotional week to come and for more Y&R previews, keep reading the CBS edition of Soaps In Depth magazine!

Eric Braeden Addreses the Concerns About His Health

What Happened to J.T. Hellstrom?