Halloween takes a deadly turn in these spoilers from THE YOUNG & THE RESTLESS! As Jack continues to find himself under fire, an actual fire erupts that could shatter Genoa City to its core!

Mattie and Charlie are embarrassed to find that their father has gone completely overboard in decorating their home for Halloween. (Seriously, it looks like a decoration store exploded all over their living room!) “I have a whole night planned,” Cane declares, holding a lit candle under his face and deepening his voice to add: “And it’s going to be awesome!” The twins just look at each other, aghast.

But meanwhile, a stray match sends the bar at The Underground up in flames! Who will be caught in the deadly blaze, and who will escape with their lives? 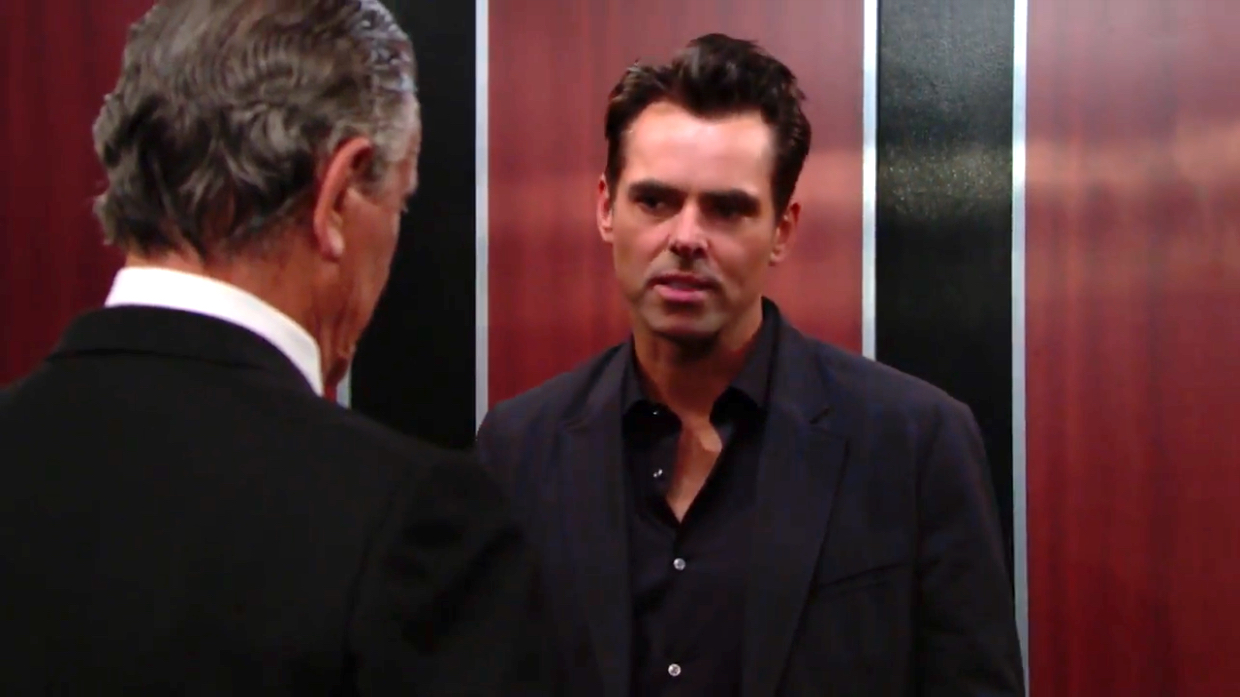 Billy is convinced Jack is to blame for poisoning Victoria! (Photo Credit: CBS)

As the investigation into who tampered with the Brash & Sassy face masks with a chemical that sent Victoria to the hospital continues, Billy remains confident that Jack is the guilty party. “Jack’s the one who sabotaged the company,” Billy tells Victor. “He poisoned the face masks.” Meanwhile, back at home, Ashley would like nothing more than to believe her brother is innocent in this particular bit of corporate espionage. “I’d really love it if you could look me in the eye,” she tells Jack, “and tell me that you are not behind it.”