Nikki and Sharon are terrified that J.T. is back for revenge in these THE YOUNG & THE RESTLESS spoilers! But the Abbotts are having their own troubles as Kyle takes matters into his own hands and gets himself arrested!

It looks like Neil is putting aside business for pleasure when it comes to Ashley. “I thought it was time for both of us to let go of work-related items and just concentrate on each others’ company,” Neil suggests. Ashley responds with a sexy smile. And after the two share a tender kiss, Neil promises: “There’s more where that came from.” Ashley grins and responds: “Can’t wait.” But is this for real or is Ashley after something other than Neil’s affection? 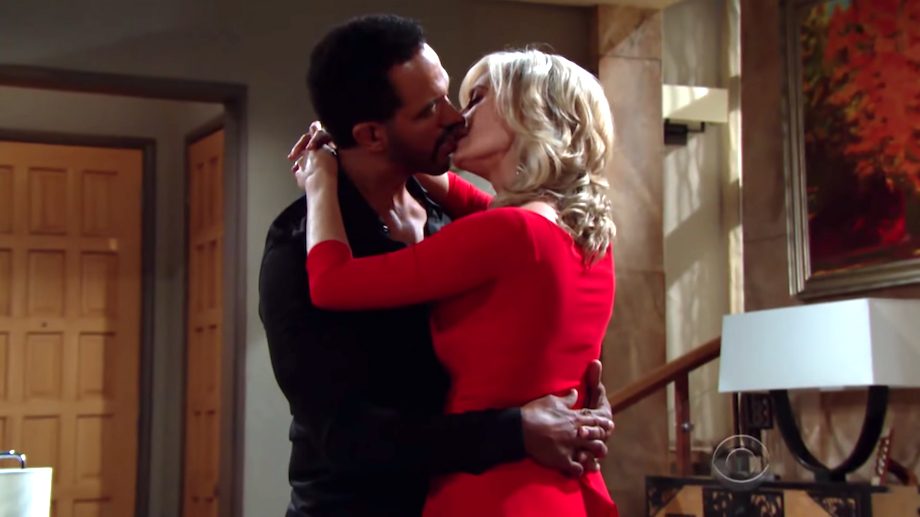 What is Ashley up to with Neil? (Photo Credit: CBS)

Jack opens the door to an absolutely furious Jill. “I know all about Kyle digging up my Phillip’s grave,” she spits. “Where is your miscreant son?!” Unfortunately, while digging up Phillip so they can run a DNA test to prove whether or not he and his father are Chancellors, Kyle is interrupted by the arrival of the police! But it doesn’t look like he spends much time behind bars because Jack also has to pull his son away from Cane when it looks like a fight is about to break out! “Back off,” Jack orders Cane. “Back off!”

Having seen J.T. lurking outside the house, Nikki turns away from the window in a blind panic. “Oh my God!” she gasps. “He is alive!” Later, Mariah worries for their safety. J.T. is dangerous,” she warns. “He could be armed!” And in private, Sharon reminds Victoria, Phyllis, and Nikki: “He’s coming after the four of us.” And while Nick promises that he’ll be ready for whatever J.T. has planned, it’s Victor that the guy may have to watch out for. “He started a war,” Victor angrily informs Victoria. “And I’m gonna finish it!”

Check out these teasers for the thrilling week to come and for more Y&R previews, keep reading the CBS edition of Soaps In Depth magazine!