Some very awkward conversations are about to happen in these spoilers from THE YOUNG & THE RESTLESS. But as bad as some may be, none of them will be able to hold a candle to Nikki and Victor’s!

Victor is sitting on the couch waiting, and when he hears someone enter the house, he turns slightly to look behind him to see who it is. “Honey, is that you?” he asks. But standing behind him is actually his ex-wife, Nikki, who declares, “Oh no, it’s me.” She’s definitely going to have something to say to The Mustache about his evicting Nick to give Abby the tack house, so you’re going to want to pop some popcorn for this particular confrontation!

MUST SEE: Beth Maitland is Back on the Set of Y&R 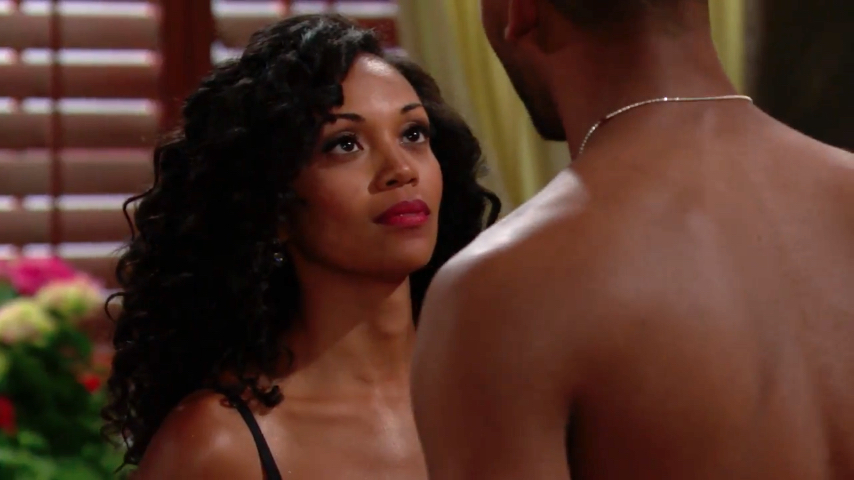 Jordan has some bad news for Hilary! (Photo Credit: CBS)

Hilary donned her sexiest lingerie and uncorked some champagne, but as she stands half-naked in front of Jordan, the photographer puts on the breaks. “This isn’t working,” he declares. “And we should just move on.” Unfortunately, Jordan has no idea who he’s dealing with here. Hilary isn’t the type to take no for an answer, so this could turn ugly real fast!

Nick is settling into his new living arrangement in Chelsea’s apartment, and so is little Christian. However, he’s about to introduce a new wrinkle. “Faith is coming home from camp tomorrow,” he tells Chelsea, who realizes what he’s implying. “Is she coming to stay with us, first?” Chelsea asks. Nick quickly responds: “Unless you have a problem with that…” Chelsea opened her home to Nick, but is she prepared for everything that comes with him?

Who Is Y&R’s Graham?