It’s time for some major power moves to be made in these spoilers from THE YOUNG & THE RESTLESS!

At the Brash & Sassy lab, Cane and Billy are deep in discussion when they are interrupted by Victoria’s arrival. “If you have something you want to say,” Cane tells her, “just say it now.” Victoria stuns them by blurting out, “I want to buy Brash & Sassy on my own.” How will her co-workers react to her shocking declaration? Billy might be okay with her taking complete control of the company, but what about Cane?

Having been hired as his receptionist, Gloria takes great delight in taunting him mercilessly in his office. “I knew you’d probably show up early trying to avoid me,” she smiles. “No such luck!” What is Jack thinking giving her this job? Could he be trying to keep his friends close and his enemies closer? 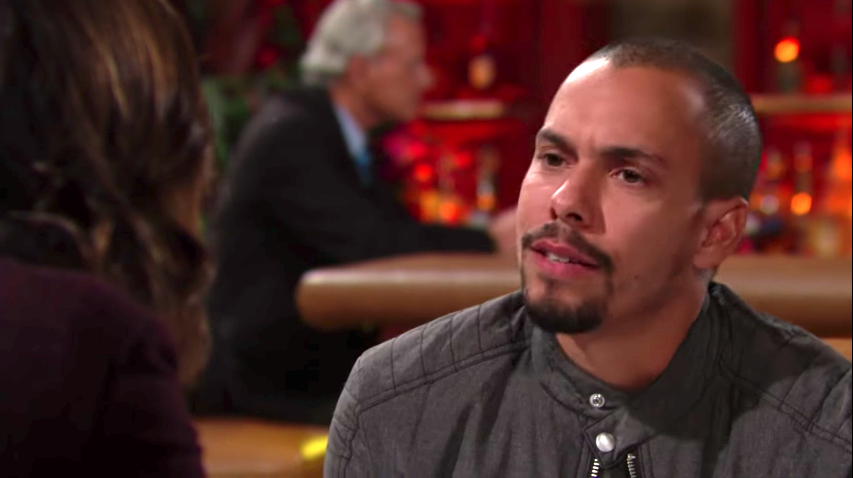 Devon promises Lily he won’t let Hilary get away with anything. (Photo Credit: CBS)

Devon fills Lily in on the latest in his attempts to divorce Hilary, specifically his wife tearing up the check he tried to give her. “You have to get out in front of this,” Lily warns him, “before things get ugly.” Devon assures her that he has things completely under control. “You don’t have to worry about that,” he declares confidently, “because I already have.” What does he have up his sleeve this time? Or might Hilary be able to convince Devon that she’s not after his money, only his love?