Brash & Sassy is in big trouble, and in these spoilers from THE YOUNG & THE RESTLESS, it looks as though things are only going to get worse. As Victoria gets herself in deeper with Ben, could Victor become an unlikely ally?

Victoria is in dire straits financially trying to keep her company afloat, and the buzzing in her head and her erratic behavior aren’t helping things one bit. At the club, she has a meal with Benjamin Hochman where she makes a decision she may come to regret. “I am willing to entertain the idea of you helping Brash & Sassy,” she tells him. Ben just smiles back at her as she falls gently into his trap.

Meanwhile, Billy is at the Brash & Sassy offices and running headlong into brick walls in trying to come up with a solution to their problems. In his frustration, he flings a file folder of papers across the room, and it lands in the doorway at the feet of Victor, who ignores the tantrum and strides in confidently. Billy sighs and hangs his head. Is The Mustache there to pour salt in the wound or is he there to help his daughter salvage what’s left of her business?

MUST SEE: Chrishell Stause Had the Wildest Bachelorette Party 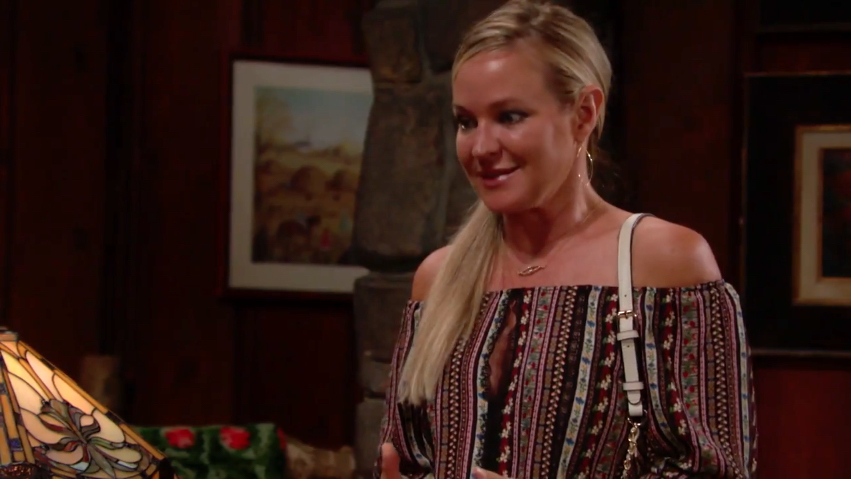 MUST SEE: Melissa Ordway Revealed the Gender of Her New Baby

Tessa has confessed to Mariah that Crystal is her sister, but things get even more complicated when Sharon comes home to share what she hopes is some good news. “Scott is on a mission to find Crystal right now,” the blonde reports. Mariah shoots Tessa a look. Should they get their hopes up that Scott can rescue Crystal from whatever she’s gotten herself mixed up in? Or might he be in way over his head?

Hang Out With Melissa Claire Egan and Some Adorable Pups!

Daniel Goddard Back at Y&R Following a Serious Illness