The drama between J.T. and Victoria reaches a shocking climax in these spoilers from THE YOUNG & THE RESTLESS! When he pushes his ex-wife too far, will she fight back and end things… permanently?!

Since returning to Genoa City, J.T. has made a big show about getting Victoria back, but as time has passed, she has come to recognize his abusive nature and insisted on counseling before they officially remarry. But the more she learns about her ex, the more Victoria realizes reuniting would be a terrible mistake. “You and I,” she informs J.T., ripping off her engagement ring for dramatic effect, “are done.”

But J.T. refuses to give up on her. “Our story cannot end here,” he begs, tears in his eyes. But while Victoria’s eyes have been opened to the way he’s been treating her, thanks to Mac revealing that he abused her in a similar fashion, she still has no idea that J.T.’s soul is so dark that he has tried to kill her father, Victor! 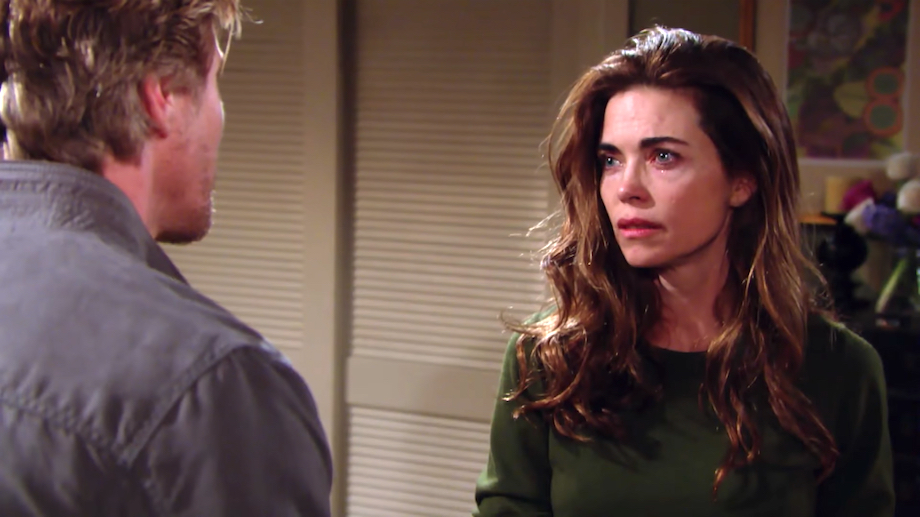 However, when Victoria tries to walk away from J.T., he stops her — physically — by slamming the door so she can’t get out of the bedroom. And as the situation escalates, Victoria finds herself crawling backwards away from J.T. on the floor, desperate to escape his clutches. But he grabs her by the shoulders to force her to turn around and face him!

As Phyllis and Sharon enter the bedroom, the two women recoil in horror at what they see. And then join Victoria and Nikki out in the garden where they all stand solemnly as Victoria shovels another load of dirt onto whatever it is they’re burying. Has Victoria killed J.T. in self-defense and they’re helping her to cover up the crime?

Do not miss this tease for the thrilling week to come and for more Y&R previews, keep reading the CBS edition of Soaps In Depth magazine!