There are plenty of surprises in these spoilers from THE YOUNG AND THE RESTLESS, and not all good ones! Ravi is stunned by Victoria’s behavior, Dina lashes out at Nikki some more, and Hilary has a revelation to make about Tessa!

Ravi has been happy working for Ashley at Jabot, but not quite as happy with Ashley’s treatment of him as more of a boy toy than a boyfriend. But he’s shocked when Victoria turns on the charm! “Don’t sell yourself short,” she assures him, “it’s you I’m interested in.” Then she moves in a little closer and lowers her voice as she purrs: “I’m very interested.” Does Victoria want to poach Ravi to come work for Newman Enterprises? And is she offering him the same boardroom/bedroom deal that Ashley has been? How will poor Ravi react? 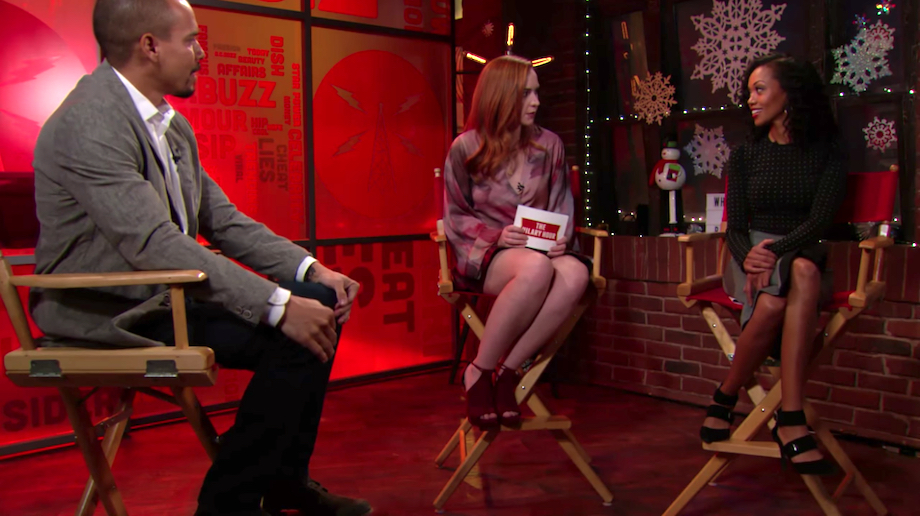 Devon sits down for an on-air interview with Hilary and Mariah at the GC Buzz studio, but it looks like things are going to be taking an unexpected turn. “Do you know something about Tessa that Devon and I don’t?” Mariah asks her co-host. As Noah watches from just off-stage, Hilary smiles and teases: “I most certainly do.” Uh oh!

Over at the Abbott mansion, Nikki stops by for a visit but despite her attempts to make nice, Dina is having absolutely none of it! “I’ve been telling you and telling you that this woman has no dignity,” Dina rants to Jack. “None.” Nikki looks over to Jack who just returns her sad glance. Is there any way they can get through to Dina?