There are some big changes afoot in these spoilers from THE YOUNG & THE RESTLESS. But when new job offers coincide with new living arrangements, the mix can be messy! And can anyone clean up Newman Enterprises?

Scott has settled into Genoa City pretty well since his most recent return earlier this year, but his career path could send him off again! “We’ve got an opening for an on-air reporter,” a woman informs him. “This job would be based in New York.” Would Scott really give up everything he’s built with his family and Sharon to go to the East Coast for a job?

Oblivious to Scott’s job offer, Sharon continues making plans to take their relationship to the next level. But first, she decides she wants to get Nick’s input on things. “I want to ask him to move in with me,” she confides to her ex-husband. Nick is a little taken aback by the news. “With you and Faith?” he confirms. Sharon smiles, trying to keep things casual and light. “Just wanted to get your thoughts,” she admits. Will Nick approve of the new living arrangement she’s proposing? 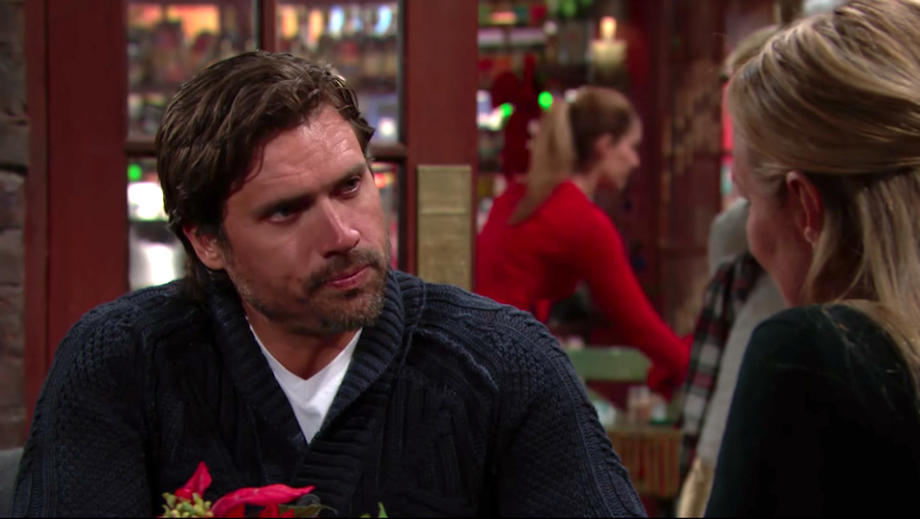 Victor Newman runs his family and his business both with an iron fist. And although Ashley works for Jabot, she’s still his ex and Abby’s mother, so she’s more than happy to share her opinion on his recent attitude towards their daughter. “After everything that Abby’s been through,” Ashley shouts, “how dare you push her out of a job!” Will Victor continue to blame Abby for the mess she caused bringing Zack into the company, or might Ashley be able to persuade him to soften his stance? Oh come on, this is Victor Newman we’re talking about here!