It was a dark and stormy night… the perfect time for a murder! But with all of the many enemies he’s made lately, the one question on everyone’s mind is who shot Bill on THE BOLD & THE BEAUTIFUL? The cops will definitely have their work cut out for them because this list of suspects is long!

Alone in his mansion, Bill drank some scotch as he perused the family photos on his mantlepiece. But the memories each one brought up were not happy ones. Instead, he could hear the voices of his former loved ones berating him for his lies and betrayals. And as a cover of Beethoven’s “Piano Sonata No. 14” (aka “Moonlight Sonata”) played inside the home, outside, someone took advantage of the downed security cameras and open gate to enter the premises.

As Bill poured himself another drink, the intruder grew closer and closer to the house, eventually slipping inside. Standing in the open window looking out at the dark night sky, Bill’s face was inscrutable as he took another sip and the intruder neared the case containing his golden gun. Then the power went out and as Bill looked up and a raven crowed — a shot rang out! 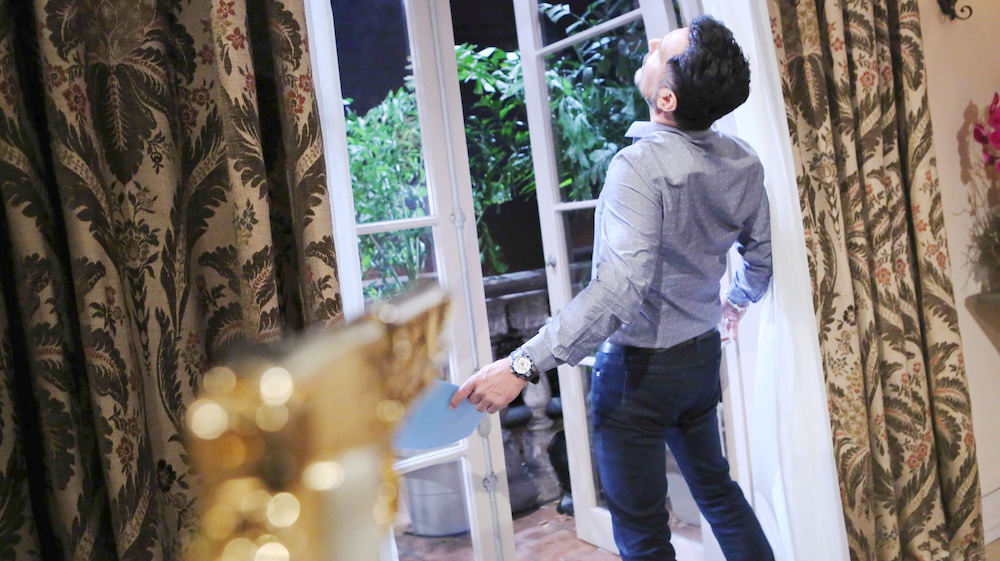 Two people could safely be ruled out as suspects in the crime, given that Katie was seen at home fretting over the legal papers Bill had sent her suing for custody of their son and Brooke was texting Ridge wondering where he was. But that still leaves plenty of suspects who have both motive and opportunity to take out Dollar Bill.

Take a look at our list of possible suspects and vote on who you think was the one who pulled the trigger!

Who do you think shot Bill?

Stay tuned as the mystery continues to unfold, and for more B&B news, keep reading the CBS edition of Soaps In Depth magazine!

Don Diamont Competing on Italian DANCING WITH THE STARS!

Bill and Steffy’s Torrid Past Exposed