Secrets are taking top priority in these spoilers from THE BOLD & THE BEAUTIFUL! While Katie has revealed hers, Steffy is desperate to find out if she can still keep hers a secret! (And we’re guessing things aren’t going to go her way!)

Liam told Wyatt that he and Steffy were expecting a baby, but asked him to keep it quiet because he wasn’t ready to tell their dad. But what he didn’t realize was that Steffy had already told Bill all about it! “The last time I saw you,” he remarks to Liam with fake casualness, “you were running off to a doctor’s appointment with Steffy.” Will he get Liam to reveal their big news? Meanwhile, Steffy has returned to the doctor, this time desperate to get a paternity test done so she can determine whether Liam or Bill fathered her child! “This just has to be my husband’s baby,” she mutters nervously as she paces around the examination room. 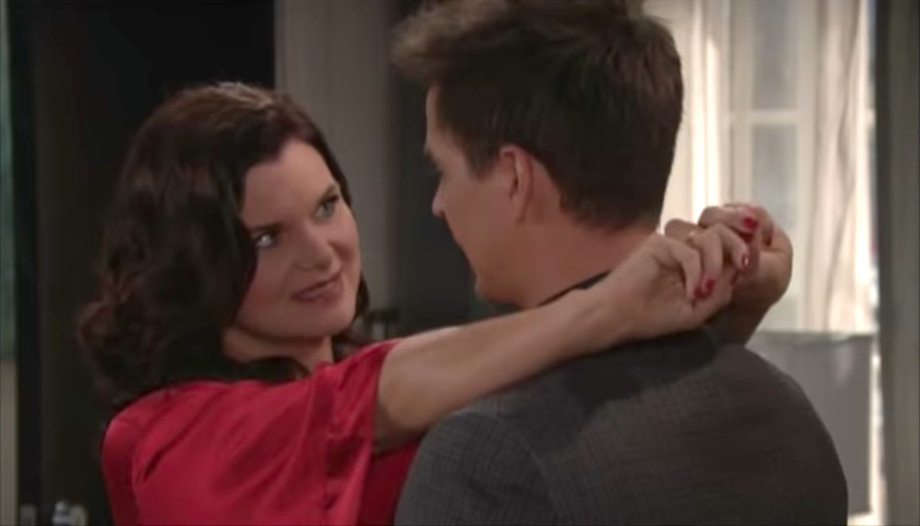 Katie warns Wyatt their secret is out! (Photo Credit: CBS)

Ever since Katie and Wyatt began seeing each other, they’ve been doing it on the down low, afraid how people would react to their relationship. But secrets have a way of coming out! Thankfully, instead of the way Quinn found out by walking in on them in bed together, Katie assures Wyatt that Brooke found out the right way. “I kind of told my sister about us,” she confesses. But as more and more people learn about Katie and Wyatt, the more likely it is that the one person they don’t want to find out about it will discover the truth! How will Bill react to finding out his ex-wife is dating his son?

All the Soap Stars Who Welcomed Beautiful Babies in 2017

The Tortured Romantic History of Bill and Steffy Revealed!