Fans were excited when Thad Luckinbill returned to THE YOUNG & THE RESTLESS as J.T. Hellstrom, but as his story began to play out, they were upset to find out that the once-beloved young man had grown up to have anger issues and abuse the women in his life, namely Mac and now Victoria. And fans were absolutely floored when, in a shocking twist, Nikki protected her daughter from J.T.’s violent attack by hitting him with a fireplace poker, killing him! Relive the horrifying moment here:

While longtime fans may have been angry to see the character of J.T. turned into a villain, Y&R’s headwriter and executive producer Mal Young told Entertainment Weekly that it let them shine a light on a “very pertinent social issue, domestic abuse, that sadly affects all walks of life and in various forms. Utilizing J.T., an established character on the canvas, we felt gave this important story even more impact.”

What did you think of how J.T. was written off Y&R?

Unfortunately, this means saying a final farewell to Luckinbill, who rejoined the cast of Y&R back in December of 2017, seven years after concluding his original stint on the soap that began back in 1999. “It’s hard to say goodbye,” Young said of the popular actor. “We thank him for the outstanding work he did with this powerful storyline.” 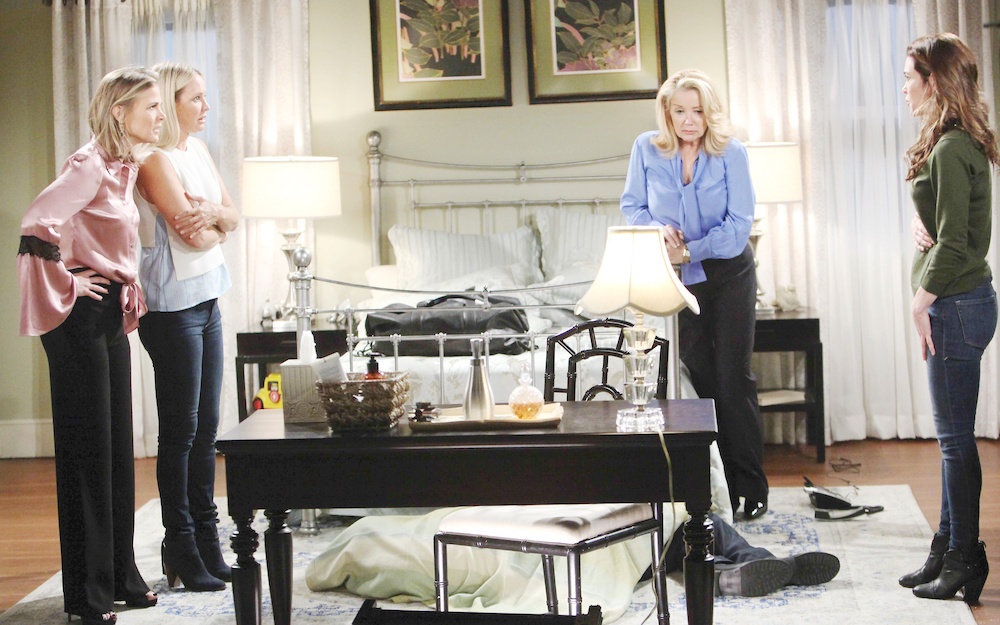 Can they get away with murder? (Photo Credit: Howard Wise/jpistudios.com)

Of course, while this may be the end of J.T., it’s just the beginning of the story as the women complicit in his demise struggle to cover up their crime. “The next arc of the story focuses on the consequences of J.T.’s death and brings together four characters — Nikki, Phyllis, Sharon, and Victoria — with strained relationships to become unlikely allies,” Young previewed. “Their secret will be in jeopardy when someone in the group is overcome with guilt and begins to crack.”

Who will be the one to ultimately spill the beans? You’ll have to stay tuned to find out! And for more Y&R news, keep reading the CBS edition of Soaps In Depth magazine!