Dylan’s undercover mission could be blown up by a shocking discovery in these spoilers from THE YOUNG & THE RESTLESS!

At the Genoa City Police Department, Kevin is desperately worried that Dylan still hasn’t checked in, but Christine argues to him and Paul that he could still be okay. “Maybe he felt that he didn’t want to risk it,” she suggests. Paul agrees, adding, “Dylan would find a way.” But Kevin remains unconvinced, wondering, “What if he’s in serious trouble?” Meanwhile, in Miami, Alex joins Dylan in his hotel room and discovers a bug in the phone! Dylan keeps his cool as she holds it up accusingly in front of him, but can he talk his way out of this one or might his undercover mission be over before it’s even begun?

MUST SEE: Y&R Welcomes Back B&B’s John McCook For Another Visit! 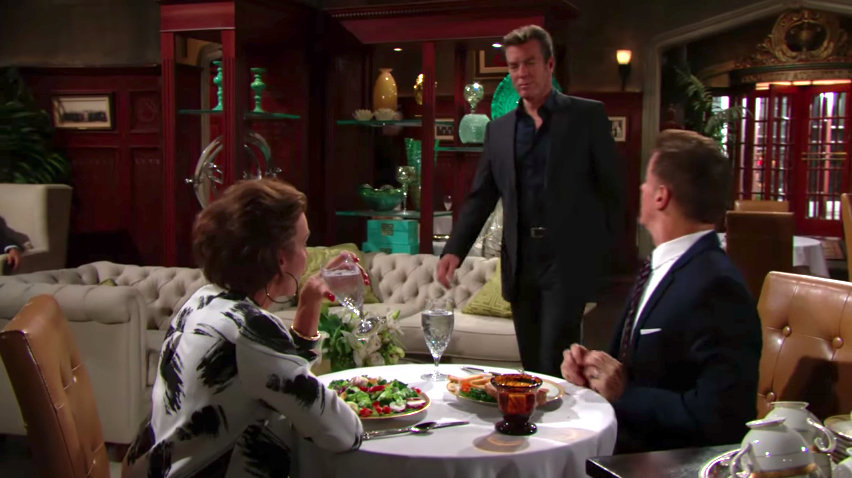 Gloria and Michael are enjoying a leisurely lunch at the Genoa City Athletic Club, but are suddenly interrupted by Jack approaching their table. “Hello, you two!” he says with forced cheerfulness. “May I join you?” Gloria looks just about ready to choke on her meal as he stands before them. Could Jack be about to expose her side deal with him, putting Gloria in even more trouble with Michael? Or might Jack have an even more nefarious scheme in mind?