It was Friday the 13th of October when Alison Sweeney made her big return to DAYS OF OUR LIVES as Sami Brady, but the real bad luck has come just a couple months later as the actress says goodbye once again! And Sami got into quite a bit of trouble in just that short amount of time, too! “I loved being there and getting thrown immediately into tons of fun story,” Sweeney told Soaps In Depth. “I have to admit, it was exhausting work — I was definitely out of practice memorizing all that dialogue, but I loved it! 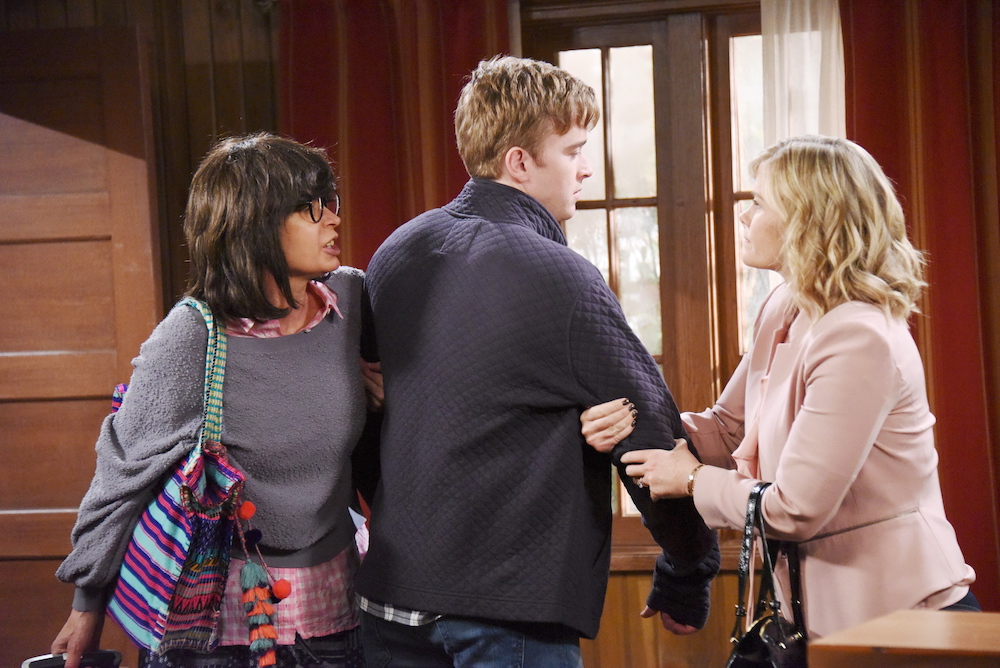 Fans weren’t the only ones excited to see Sami back in Salem — Sweeney was thrilled to go home again herself! “It was so wonderful to be with all the actors and the fabulous DAYS crew again,” she enthused. “I missed them all so much!”

Sweeney debuted as Sami Brady back in 1993, and the scheming character quickly became a fan favorite. Viewers were sad to see the actress leave DAYS in 2014, but happy to see her in other projects like her frequent Hallmark Channel movies like the Murder She Baked series and the more recent Christmas at Holly Lodge.

Christmas has landed in Salem!!! I had such a wonderful time being back with my @nbcdays family. Much love to you all this holiday season. Thank you to @carlivatiron for giving Sami such an exciting visit. I loved every minute of it. Thank you to all the awesome loyal #Days fans for being so welcoming and enjoying Sami’s reindeer games. 🦌🎄 #familyphotos #bts

Sadly for fans, Sweeney’s return to DAYS had to be short-term, though there’s always the possibility for another visit to Salem in the future! “I was so thrilled to be able to work my schedule out to come back to DAYS,” the actress confided. “With all the other projects I’m committed to, and my time with my family, it made the most sense to set up a specific amount of time. It worked out great, and was super fun. I’d be happy to return again sometime!”

Well, hopefully, the schedules can be coordinated again so that Sweeney can bring Sami back to town to stir up some more drama. Because Salem just isn’t the same without her!