Things are about to go from bad to worse in these DAYS OF OUR LIVES spoilers. Gabi wants revenge, Theresa plots against Brady, and Abigail has a horrifying realization. Will her news destroy her future with Chad?

Theresa left Tate behind with Brady when she skipped town, but now that she’s back, she wants her son back. And while she had originally planned to simply reunite with Brady and make a family with their son, when he chose to be with Eve instead, she had to alter course. Now Theresa is taking Brady to court! Brady has Justin on his side, but Theresa has hired Kate’s shady attorney Ted Laurent, which might give her an edge if things get ugly! “She will not get away with this!” Brady promises Eve. But might it already be too late? 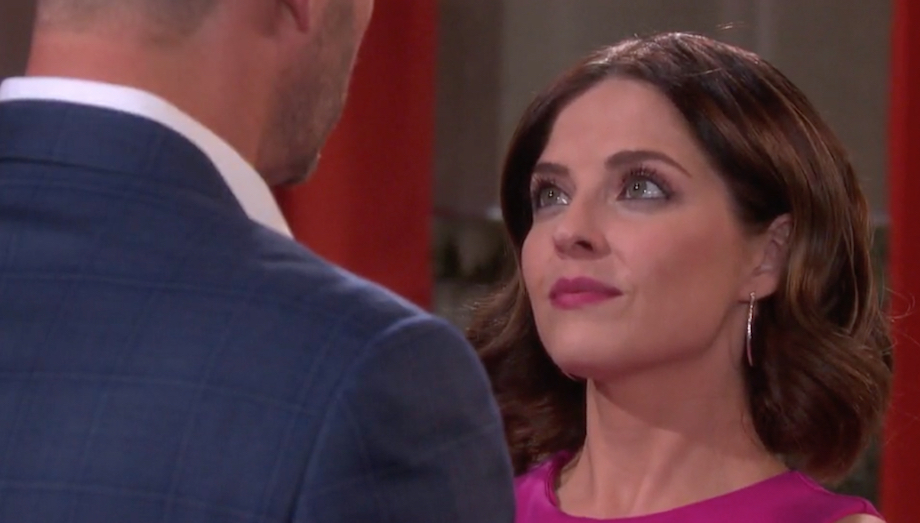 Now that she’s finally been released from prison, Gabi is trying to put her life back together. But stinging from her daughter’s rejection, she’s out for blood when she pays a visit to the man who had her locked up in the first place — Stefan! “You framed me for Andre’s murder,” she reminds. “You son of a bitch!” Stefan flinches away as she throws a glass across the room at him. And Stefan is also having an effect on another woman in Salem as Abigail reveals: “I think I’m pregnant… with Stefan’s baby.” Will Chad be able to handle this devastating news?

Check out this tease for the dramatic week to come and for more DAYS previews, keep reading Soaps In Depth magazine!

This week on #DAYS: Theresa sues Brady for custody, and Abby is afraid she's pregnant with Stefan's baby. https://t.co/yXmUxFfRpc

What Happened to Lani on DAYS?