Ever since leaving DAYS OF OUR LIVES, Jen Lilley (ex-Theresa) has been a busy little actress! While currently filming a new movie with GENERAL HOSPITAL’s Ryan Paevey (Nathan), another of her films, Eat, Play, Love is going to premiere on the Hallmark Channel on Saturday, Aug. 19!

In the romantic movie, Lilley stars as Dr. Carly Monroe, a vet who returns to her Minnesota hometown to take over her grandfather’s practice. She soon comes to realize that she never got over her former high school sweetheart, Jason, who is being forced to move to New York by his dog-hating girlfriend. Of course, Jason and Carly love animals, and with the help of a pup named Prince, their lives will change forever. Eat, Play, Love also stars Lee Majors as Carly’s grandfather, and Lindsay Wagner as the woman Prince helps match him up with, which reunites the former stars of THE SIX MILLION DOLLAR MAN and THE BIONIC WOMAN on screen after more than 20 years!

MUST SEE: Tyler Christopher Reunited With His GH Dad on the DAYS Set! 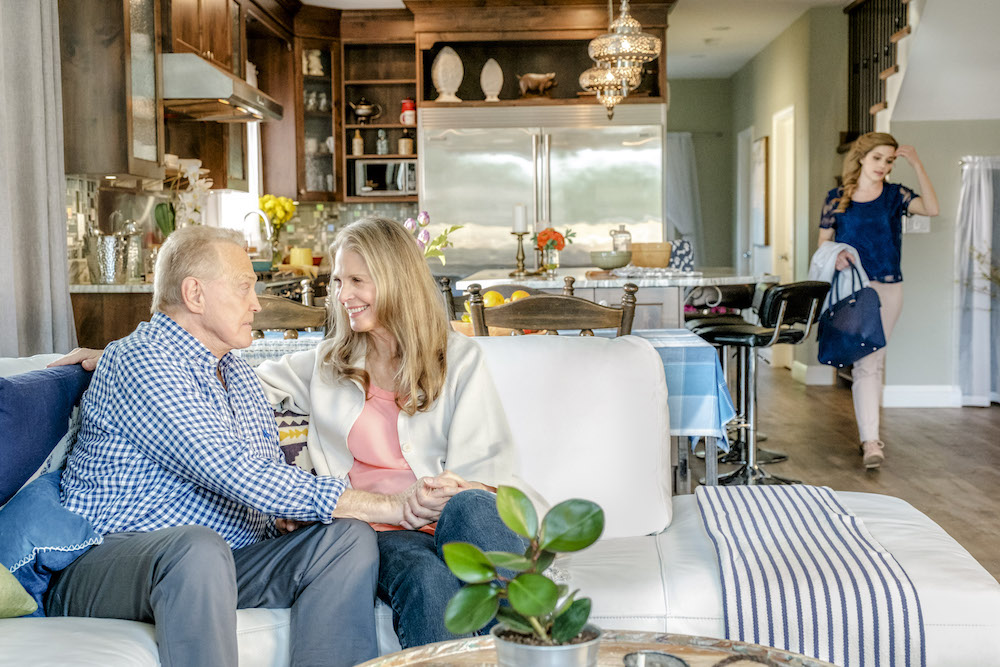 Lilley in a scene with Majors and Wagner. (Photo Credit: Johnson Production Group)

“Love, laughter, dogs, and the Bionic Woman?” Lilly posted to Instagram. “Yes, please!” She also promises that over the course of the movie, her doctor character will make a dramatic change. “Need a laugh?” she tweeted. “Watch me go from geek to chic in my new movie!”

Before you tune in on Saturday night, check out this preview of the romantic comedy with a bonus sneak peek of an adorable scene with Lilly, co-star Jason Cermak, and furry little castmate Gidget!