Now that Abigail has returned to her senses, the truth behind Andre’s murder can finally be revealed in these DAYS OF OUR LIVES spoilers! But it also looks as though someone else will be joining him in the hereafter — who will be heading for the grave?

Ever since Andre’s death, Abigail has been suffering from DID, unable to fight back against “Gabigail” and “Dr. Laura,” who took over control of her psyche. But now that she’s back in her right mind, so to speak, the truth about what really happened the night that Andre was murdered can finally be revealed. Abigail was screaming Andre’s name while leaning over his dead body, but then why did she look so angry with him when she entered his office? And what was Andre talking about when he warned her: “Say it to me you’re not going to say anything!” And where did “Gabigail” come from? 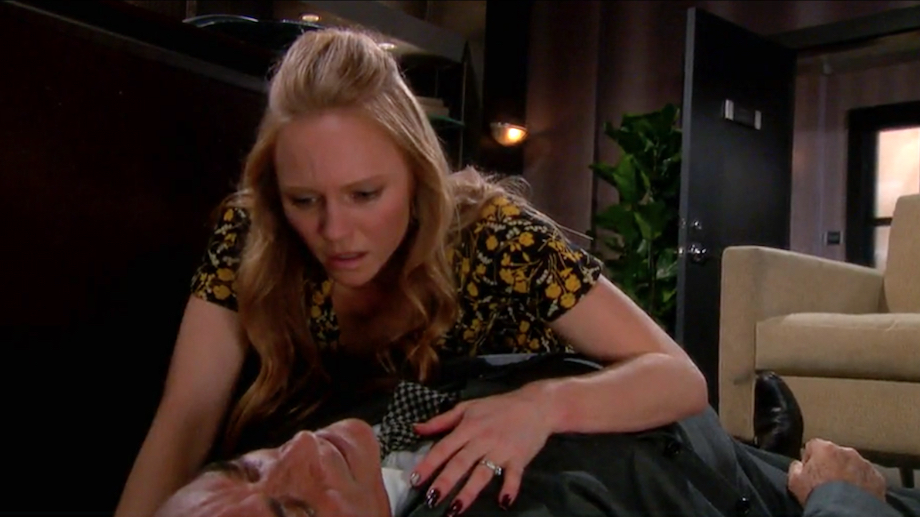 Meanwhile, someone else is “going to the grave.” But who will it be? The preview warns it could be either Vivian, Leo, Chloe, Theresa, Kate, Steve, Brady, Chad, or Abigail. Will Leo betray Vivian forcing her to take him out? Or will Chloe or Theresa find themselves the subject of Miguel’s violent wrath? Perhaps the drugs in Brady’s system will cause him to relapse? No one is safe!

Don’t miss this tease for the exciting week to come, and for more DAYS previews, keep reading Soaps In Depth magazine!

Everything You Need to Know About Theresa Donovan on DAYS

The Amazing Daytime Emmy Moments You Didn’t See on TV