Paul and Sonny’s wedding is interrupted and that’s not even the most shocking thing in these spoilers from DAYS OF OUR LIVES! Ben is back, and he has incredible news that is going to change Salem forever!

Sonny was devastated when his husband, Will, was brutally murdered by Ben, but has managed to find love once more with Paul. Unfortunately, as the happy couple stood on the altar with Chad and Abigail at a glorious double wedding, things took a horrifying turn when the ceremony was interrupted by an unexpected visitor. But as shocking as it was when they all turned to see Ben standing there, what he has to say is even more insane! As Rafe and an usher drag the convicted serial killer out of the church, Ben yells: “I’ve got three words for you! Will Is alive!” 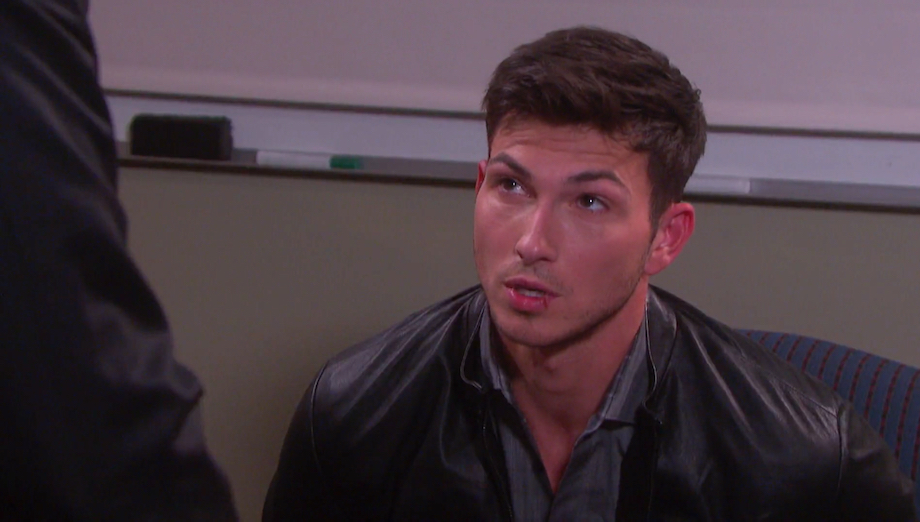 What else does Ben know that he’s not telling? (Photo Credit: NBC)

The entire church is thrown into chaos at both Ben’s reappearance (since he’s supposed to be safely locked up) and at what he claims to be the truth. As the dust is still settling, Sonny confronts Ben at the police station. “So many people saw his body,” he argues. But Ben is sticking by his story. “The dude ain’t dead,” he repeats. Sonny’s eyes fill with tears at the idea that Will could still be out there somewhere.

How is it possible that Will is still alive? And how does Ben know anything about it? Let’s just say you will not want to miss a single episode as the storyline unfolds this week! And for more DAYS previews, keep reading Soaps In Depth magazine!

Who Is Will on DAYS?

Everything You Need to Know About Ben Weston!