Just as Abigail thought she had the upper hand on Dario, he turns the tables on her in these spoilers from this week’s DAYS OF OUR LIVES! Let’s just say that the honeymoon is definitely over!

Abigail agreed to marry Dario to help him stay in the country (or so she thought), but even though the guy is super hot, he’s also a criminal, which makes him slightly less appealing! After bugging his club and listening in on Dario discussing a new counterfeiting operation, she found the money that he had tried to hide in a different spot in their bedroom. “I know about the counterfeit money,” she boldly declares to her new husband. But Dario has another secret that he’s been hiding from his new wife, and he stuns Abigail by showing her a photo of Chad holding the knife in Deimos’ chest from the night of the murder! 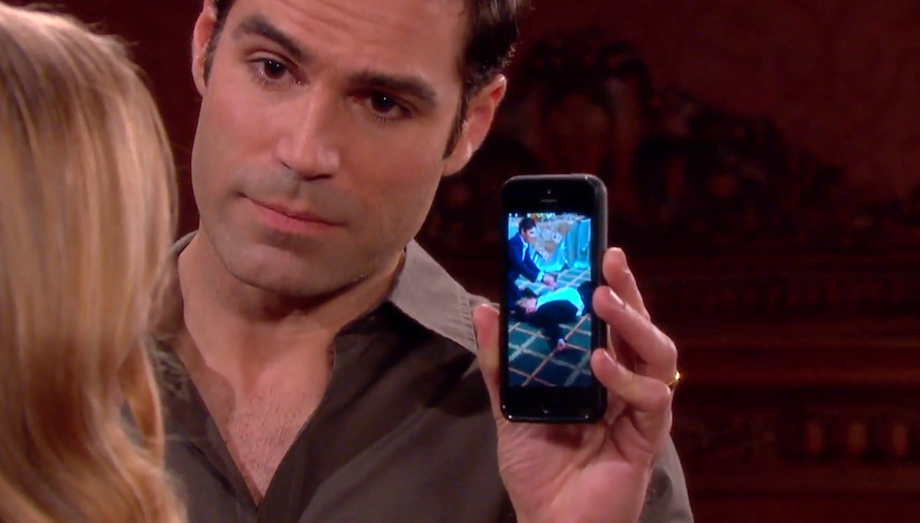 MUST SEE: Kassie DePaiva Marks the Anniversary of Her Cancer Treatment

“Chad killed Deimos,” Dario says smugly. Knowing full well that Abigail still has feelings for her ex, Dario decides to use this to his own advantage. “If you do go to the cops,” he warns, “The picture of Chad and the dearly departed… will go straight to the police.”

Dario makes his exit from their room as Abigail turns away, tears filling her eyes. Is there any way for her to escape the loveless marriage she’s found herself trapped in that doesn’t involve sending Chad to prison?

Check out this tease for the thrilling week to come, and for more DAYS previews, keep reading Soaps In Depth magazine!

Has Anne Really Changed on DAYS?