Salem is on fire in these DAYS OF OUR LIVES spoilers! Not literally, of course, but who knows — that could be next! Abigail’s shocking accusation has turned Gabi’s trial upside down, Eli and Lani could be getting together, and Abigail faces off against… herself?!

After Abigail took the stand in Gabi’s trial, whichever one of her multiple personalities was in control announced: “Gabi killed Andre.” Gabi leaps to her feet and hisses: “Liar!” But later, the judge announces that he has a verdict. Will Abigail’s testimony be enough to send Gabi to jail for Andre’s murder?

Lani has been through a lot lately, now that the truth about her unborn child has been revealed to be Eli and not JJ as she’d led everyone to believe. And while JJ wants nothing to do with her anymore, it looks as though Eli might want to be a part of his baby’s life… and Lani’s. While Lani sits in a hospital bed, Eli reaches out to tenderly take her hand. Wait, why is Lani in the hospital? 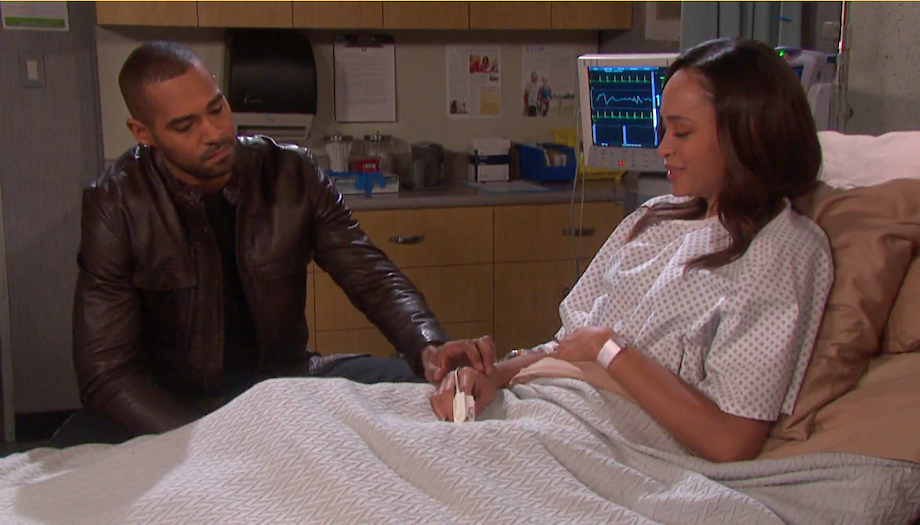 Tripp is startled when Ciara gets close to him. “You want my heart?” he asks as the young woman grabs him by the shirt collar and pulls him into a passionate kiss! And what is Hope doing getting all up-close and personal with Rafe? She’s gone out of her way to distance herself from him after learning he’d slept with Sami, going so far as to get an annulment on their brief marriage. But could she be having second thoughts?

And Abigail continues to spiral out of control as her multiple personalities take over her life. Stefan has been trying to keep a lid on his feelings for the redhead, not wanting to take advantage of her illness, but what happens when one of Abigail’s personalities decides to make the first move, throwing herself at him? And things get completely crazy when Abigail finds herself facing off against “Gabigail”… in person! The Gabi personality hauls off and slugs Abigail across the face, knocking her to the floor. Is Abigail losing the fight to control her own mind?

Don’t miss this tease for the exciting week to come and for more DAYS previews, keep reading Soaps In Depth magazine!