Things take a shocking turn in these DAYS OF OUR LIVES spoilers when Marlena realizes the truth about Abigail’s “Gabby” personality. Backed into a corner, Abigail decides to fight back, but will Stefan go along with her deadly plan?

Now that Marlena knows that Abigail is suffering from DID, she’s determined to do whatever she can to help the young woman. But since Abigail’s alters aren’t letting her out to seek help again, Marlena is forced to go to the source. And when she interrupts Abigail talking to Stefan while wearing her “Gabby” wig, she comes to a horrifying realization. “It was you,” she declares. “You killed Andre.” “Gabigail” shows who’s really in charge here by turning and grabbing Stefan’s collar, pulling him into a kiss as Marlena looks on, unimpressed. 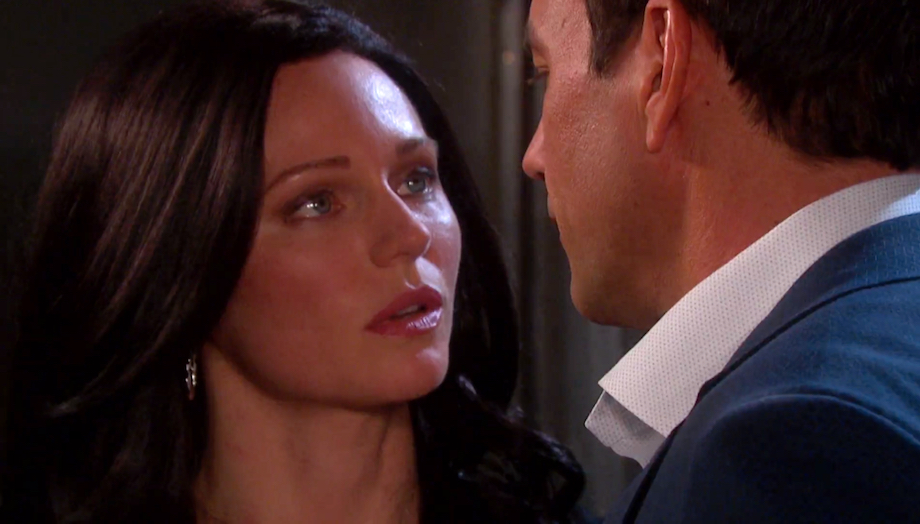 Knowing she will have to go to extremes in order to maintain her secret, “Gabigail” warns Stefan that they have no choice now. “We have to get rid of Dr. Evans for good,” she announces. And when Marlena declares, “I’m calling the police,” Stefan blocks her as “Gabigail” snatches up a fireplace poker. “Like hell!” she yells as she bashes Marlena in the back of the head! As the doc goes crashing to the floor, unconscious, Stefan looks from her and back up to Abigail, stunned. She’s already killed Andre. How many more lives will Abigail’s alternate personalities take? And how much longer will Stefan’s feelings for Abigail keep him going along with her increasingly dangerous schemes?

Don’t miss this tease for the unexpected week to come, and for more DAYS previews, keep reading Soaps In Depth magazine!

Everything You Need to Know About Leo on DAYS