Vivian returned to Salem with her son, Stefan, to take over DiMera Enterprises last week, but that was just the beginning of the surprises! In these spoilers from the coming episodes of DAYS OF OUR LIVES, she’s also working with Andre… but who’s really double-crossing who? Brace yourself, because the twists have only just begun!

Although Stefan has settled into his luxurious seat as CEO of DiMera Enterprises, his position may only be temporary now that it has been revealed that Vivian’s real partner in crime is actually Andre! “Our plan is going so well,” Vivian smiles as she puts her arms around Andre’s shoulders. But he doesn’t seem entirely convinced of her loyalty. “I want this position of power,” Andre reminds Viv. The problem is that the position isn’t currently vacant! 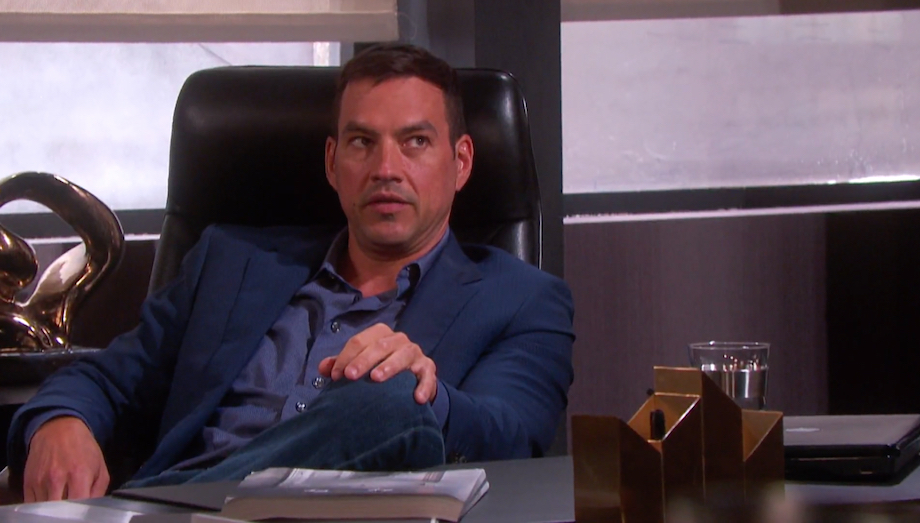 Does Stefan know that Vivian is working with Andre? (Photo Credit: NBC)

Vivian brought Stefano’s son, Stefan, to Salem, and he believes he is the one she wants running the family business. “Mother,” he declares as she enters his office at DiMera Enterprises, “I am really enjoying this family stuff.” But as Stefan meets his new relatives and lords his power over them, just how long will he remain in the catbird seat? With Vivian seemingly working with both Stefan and Andre, where do her loyalties really lie? Which man will she double cross in the end? Or might she find herself the odd man out if Stefan and Andre team up against her?

Who Is Stefan O. DiMera on DAYS?