This Valentine’s Day is going to be full of surprises judging by these spoilers from DAYS OF OUR LIVES. There’s a romantic proposal, a declaration of love, and an unexpected return. The question is what will happen next!

Believing that Lani is pregnant with their child, JJ has found a new lease on life and is preparing for a future as a family. To that end, he surprises his babymama at Salem Place by suddenly getting down on one knee and pulling out a small box to reveal a beautiful diamond ring! “Marry me,” he declares. But will Lani go through with a marriage just to keep quiet the truth that Eli is the father of her baby? 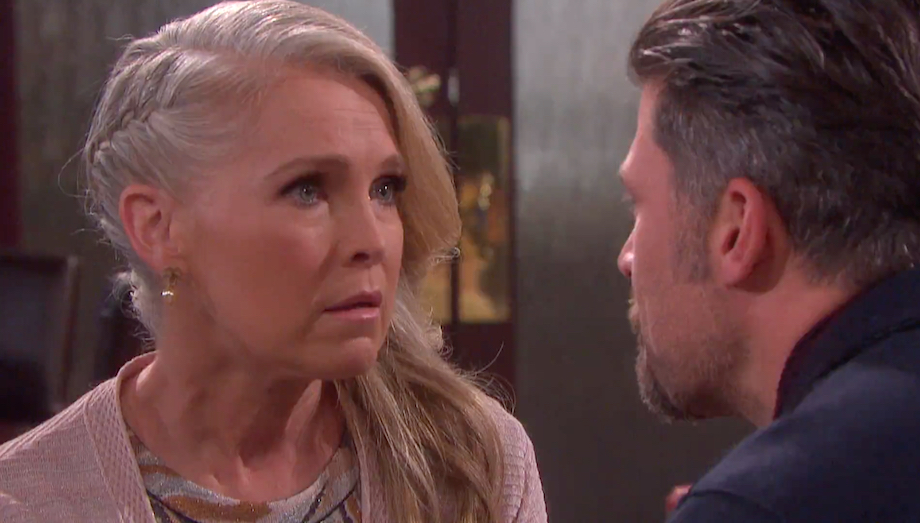 Jennifer is out for another date with Dr. Henry Shah, and their alone time is interrupted when Eric kneels down before her to open his heart. “I don’t want Nicole,” he insists. “I want you!” Jen looks absolutely floored by his confession as the handsome doctor puts his head in his hands. Will Eric’s grand romantic gesture win him Jen’s love?

But the biggest surprise of all is when Billie Reed strides into Steve’s hospital room. As the patient regains consciousness, he looks up at the familiar face and isn’t sure he’s not dreaming. “Is that Billie?” he asks, confused. Billie smiles back and replies: “Long time, no see.” Why has she returned? Does she have something to do with the reason why John has been acting so strangely and poisoning Steve?

Don’t miss this tease for the exciting week to come, and for more DAYS preview, keep reading Soaps In Depth magazine!