Abigail is completely out of control in these spoilers from DAYS OF OUR LIVES! But even as “Gabigail” takes another victim, her and Stefan’s scheme hits a massive obstacle! Is the jig finally up?

When Marlena realized that it was one of Abigail’s alternate personalities who killed Andre, “Gabigail” took matters into her own hands and knocked the shrink out before she could call the cops! But with Marlena safely out of the way locked up int he secret room in the DiMera mansion, Kate finds herself next on the troubled young woman’s hit list! Abigail is wearing her Gabi wig as she clobbers Kate with a candlestick, so it seems as though Kate happened upon her secret accidentaly and could wind up paying for that misstep with her life! 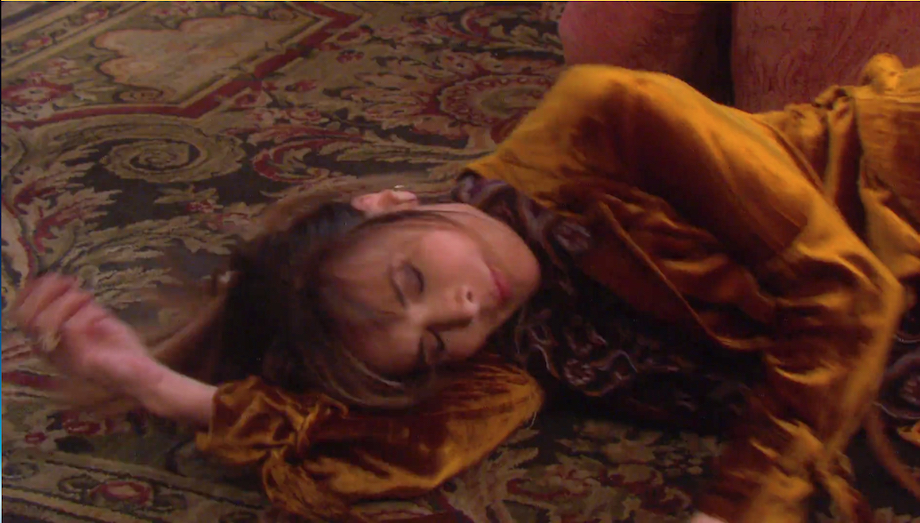 Will “Gabigail” kill Kate or lock her up with Marlena? (Photo Credit: NBC)

But Kate’s not the only one who stumbles upon the truth this week! Chad is well aware that Stefan is obsessed with Abigail, and is determined to keep his brother away from his wife. Unfortunately, while Abigail wanted nothing to do with Stefan, “Gabigail” is more than willing to climb into bed with the guy! And when Chad bursts into the bedroom to find Stefan in a compromising position with a raven-haired woman, he is stunned. “Turn around!” he orders Abigail, who cowers against Stefan’s chest, terrified of being exposed. Will Chad learn the shocking truth about his wife?

Do not miss this tease for the thrilling week to come and for more DAYS previews, keep reading Soaps In Depth magazine!

You Pick the Winners in Our Daytime Emmy Awards Poll