This week, Nicole’s dreams may be about to come true, but Deimos is about to turn Salem into a nightmare in these spoilers from DAYS OF OUR LIVES!

Nicole is grateful not to be in prison but still devastated over losing Holly. It’s a little awkward when she runs into Chloe and the baby girl in the park, but things take a startling turn when Chloe announces: “We’re leaving Salem.” Bad enough Chloe acted as surrogate for Nicole and Daniel but then kept the child for herself, but now Nicole fears she may lose Holly forever! However, that may not actually be the case when Chloe brings the infant to the mansion and informs Nicole and Brady: “This is her home.” Nicole smiles in anticipation — might Chloe finally return Holly to her rightful mother? 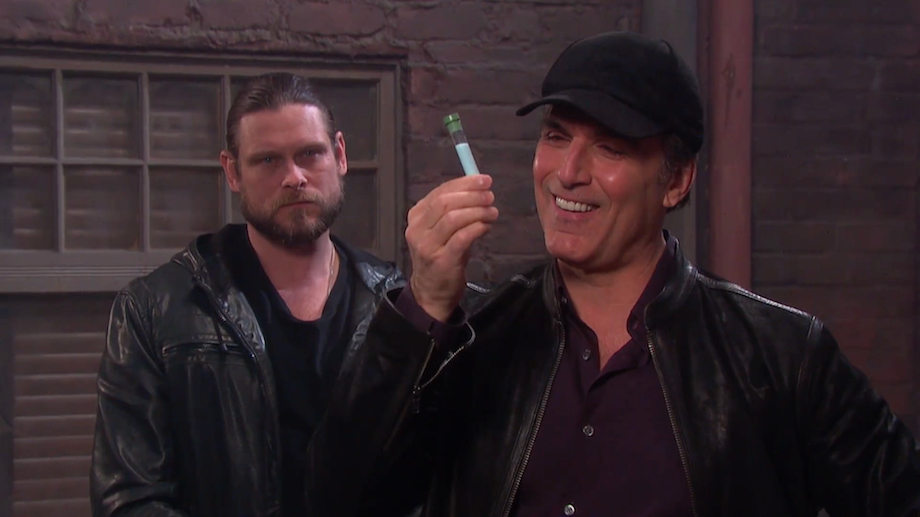 Deimos has had more than enough, and he’s ready to fight back against his enemies, beginning with Sonny. (Now that Sonny and the rest of the castaways have escape the island and are back in Salem!) At the hospital, Sonny confronts the drug lord, warning, “You will pay for what you did.” But when the argument turns physical, Deimos knocks Sonny to the floor. On the docks, Deimos holds up a vial and hisses, “This is what I’ve been waiting for.” When the drug is placed into an open bottle of champagne at a party, who will be the first to fall?

Check out this tease for the thrilling week to come, and for more DAYS preview, keep reading Soaps In Depth magazine!

Who is DAYS’ Anjelica Deveraux?

Arianne Zucker Shares a Photo From Her Last Day at DAYS!

Eileen Davidson Returns to DAYS, but as Who?