Nicole is caught between two brothers on DAYS OF OUR LIVES, and in these spoilers from the week to come, Eric and Brady are about to go to war over the beauty. Who will win her heart in the end?

Brady may have put a ring on it, but he suspects that his brother is hitting on Nicole behind his back. “Eric still has feelings for Nicole,” he grumbles to himself. And at the community center, Nicole continues to find herself drawn to the ex-priest, placing her hand on his chest. He puts his hand over hers and they stare into each others’ eyes. How much longer can they resist the pull between them? 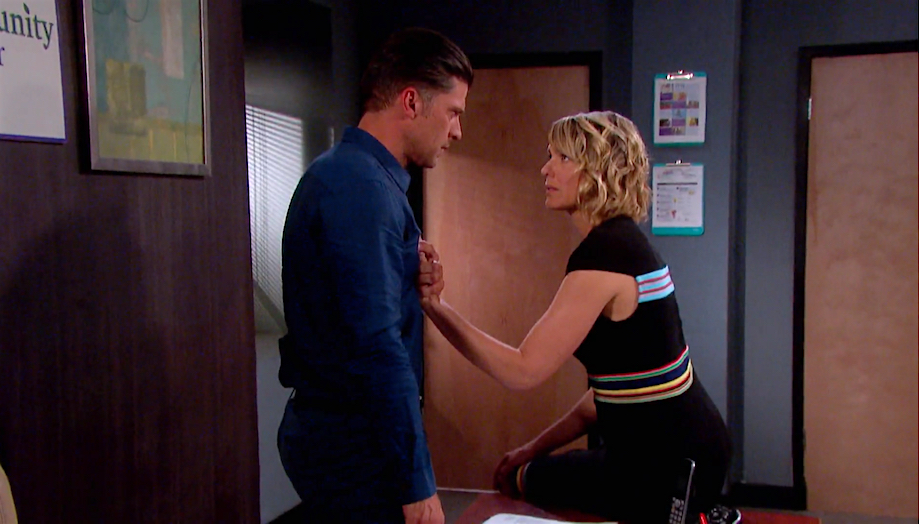 When Brady visits his brother at work to confront him about Nicole, you could cut the tension with a knife! “I care about her,” an emotional Eric confesses. But Brady isn’t having any of it. “You always want what you don’t have,” he argues. But in the battle for Nicole’s heart, one one of them can come out on top. But which brother will it be?

Because although Brady and Eric both love Nicole, she’s really the one who will have to make the final decision. “I have feelings for him,” she tearfully confesses to someone. But who is she talking about? And who is she talking to? Prepare yourself, because hearts are about to be broken!

Check out this tease for the coming week of drama, and for more DAYS preview, keep reading Soaps In Depth magazine!

Everything You Need to Know About Will Horton on DAYS