Steve has been feeling strangely recently and wondering exactly what might be wrong with him. But in these spoilers from DAYS OF OUR LIVES, it turns out that he’s being poisoned! And even more shocking, the person doing the poisoning is his good friend, John! What in the world is going on in Salem?

Patch and John have been friends for many, many years, and survived all kinds of adventures together. And while enjoying drinks with John and Kayla, Steve drunkenly slurs, “This dude is the best friend a man could ever have.” As John stares intently at the shot glass in his hand, Kayla looks at him and smiles in agreement. However, things may not always be what they seem beteween these two men! “What’s with that guilty look on your face?” Steve asks John with a chummy laugh, not realizing the horrible truth! 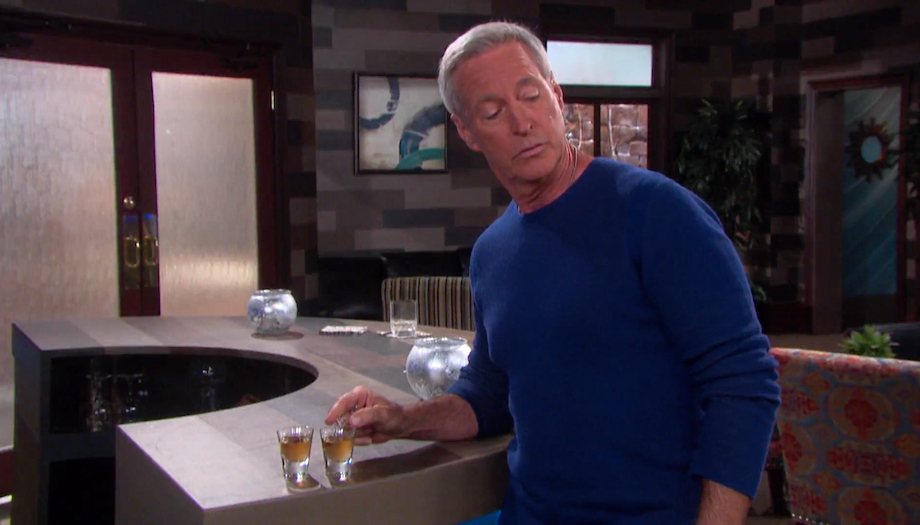 Why is John poisoning his friend? (Photo Credit: NBC)

Behind Steve’s back, John gets another couple of shots at the bar and secretly dumps a mysterious substance out of a vial into his friend’s drink. And later, as Steve suffers another dizzy spell, Kayla rushes to his aid as John watches from the bar. Just what is going on here? Why would John be poisoning his good buddy? Perhaps this isn’t John at all? Or could he be under some kind of mind control? As surprising as this revelation is, the truth behind this storyline could prove to be even more shocking!

Don’t miss this tease for the thrilling week to come and for more DAYS previews, keep reading Soaps In Depth magazine!

Everything You Need to Know About the Mysterious Stefan O. DiMera!