A night of passion and murder could destroy Nicole and Sonny’s lives in these spoilers from the upcoming week on DAYS OF OUR LIVES!

Nicole’s drugged evening at the party with Eric led to a passionate encounter and their guilt is overwhelming. When Brady walks in on an intense moment between his girlfriend and his brother, Nicole desperately tries to talk to him. “Get your hands off me,” Brady hisses, pushing her away from him. Is there anything Nicole can say or do to convince Brady it meant nothing to her? Or is this the last straw that will finally put an end to their tumultuous relationship?

MUST SEE: Alison Sweeney Threatened by an Obsessed “Fan”! 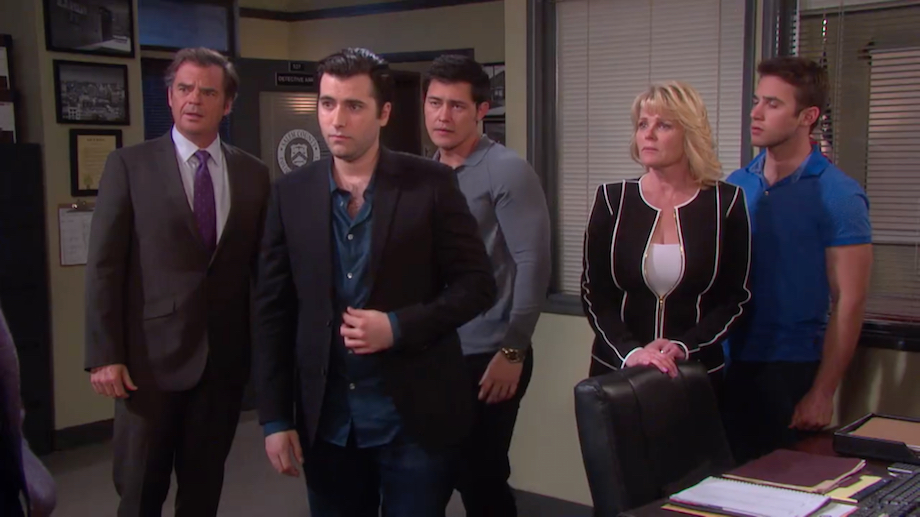 Sonny is terrified that he’s the one who killed Deimos, and decides to confess his crime to the cops. But Paul argues that he was drugged at the time, so he can’t be held responsible for his actions. However, there’s a new twist in the murder mystery that could send Sonny to prison! Usually it’s the butler who did it, but in this case, it’s the butler who saw it! One of the waiters at the party claims to be an eyewitness to the killing, and at the police station, takes one look at Sonny and declares: “It was him.” Paul, Justin, and Adrienne look on in horror as Lt. Raines puts the cuffs on Sonny. Is this an open and shut case, or is there something more going on here?

Don’t miss this tease for the shocking week to come, and for more DAYS previews, keep reading Soaps In Depth Magazine!

Who Killed Deimos on DAYS?