Sami blew into Salem like a hurricane, and in these spoilers from DAYS OF OUR LIVES, it looks like her most recent visit is coming to an emotional end. She’s done quite a bit of damage during her time in Salem, but will she be able to repair any of it before she leaves?

Sami returned to find her son, but after Will was discovered alive and suffering from amnesia, she went to extremes to try and restore his memories. Basically, nobody but Sami thought it was a good idea to break Ben out of the mental hospital to use him to recreate Will’s murder! So now Sami realizes that in order to keep from making things even more difficult for her child, she has to put some distance between them. “I see that I’m making things worse for you,” she cries to her son. “I want you to have the space that you need.” 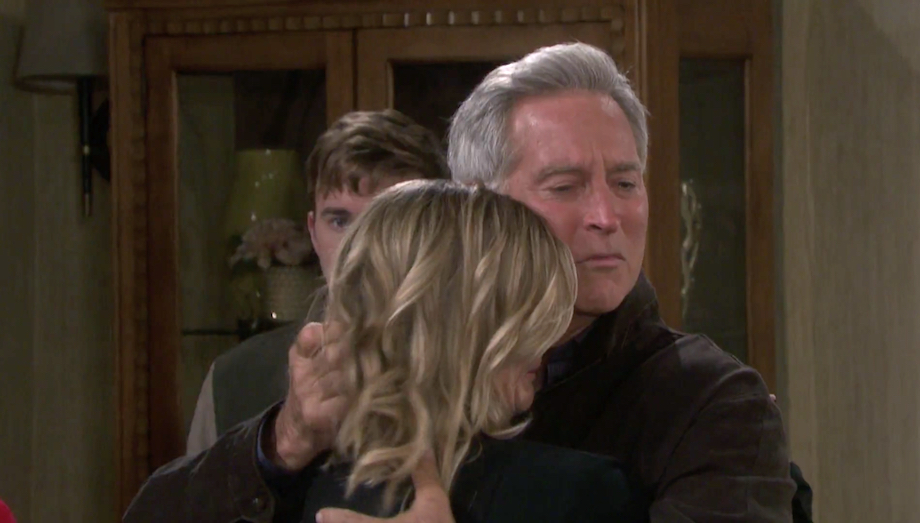 And so Sami shares emotional farewells with Marlena and John, giving them both warm embraces. “This is it,” she declares, trying to force a smile onto her face. But as she tightly hugs Will goodbye, the tears stream down her face. Is Sami doing the right thing by leaving Salem again? Might this farewell help spark some memories in Will? Oh, and what about that one-night stand Sami had with Rafe while she was in town? At least she’ll be long gone if Hope ever gets wind of it!

Check out this tease for the powerful week to come as Sami says goodbye, and for more DAYS previews, keep reading Soaps In Depth magazine!