Sonny has decided he wants to marry Paul in these spoilers from DAYS OF OUR LIVES, but there’s just one obstacle to their happiness — Will! And when Paul shares the shocking truth that he has seen Sami’s son alive and in the flesh, Sonny’s entire world is turned upside down!

Sonny and Paul’s wedding was interrupted when Ben showed up to announce that Will wasn’t dead, and obviously, the couple put off tying the knot as they searched for answers about Will’s final fate. However, Sonny has finally decided that it’s time to move on. “You told me that Will was dead,” Sonny reminds his beau. “You were right.” And right there in his hospital room, he surprises Paul with a ring! “Let’s get married!” Sonny declares happily. 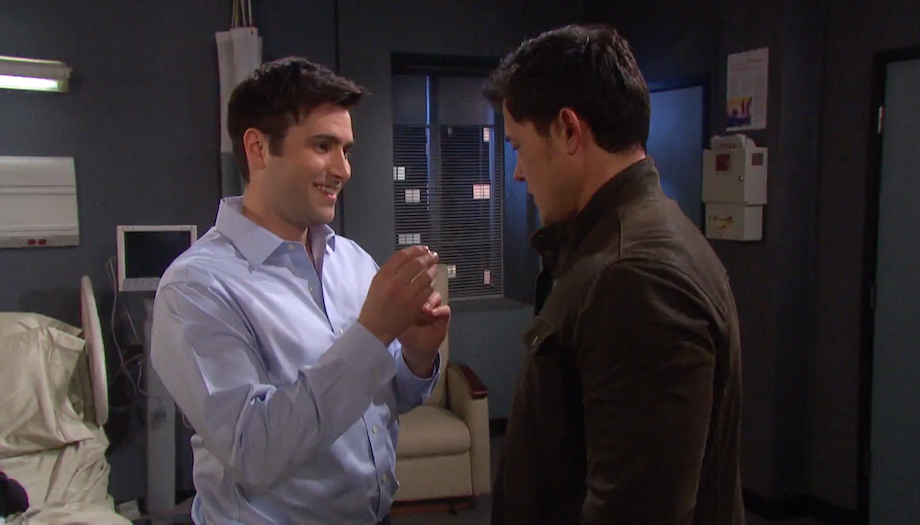 But Paul’s face falls and he realizes that he has no choice but to tell Sonny what he saw in the bar nearby. Will was definitely alive and working there in Nashville! “I can’t marry you,” Paul admits sadly. “I lied. Will is alive!” Sonny can’t believe what he’s hearing and has to head to the bar to see for himself. Will he believe his eyes? Susan told Sami, John, and Marlena that she had asked Dr. Rolf to resurrect Will so that she could kill him and take revenge on Sami, but that the procedure didn’t work. Susan is an unreliable source, but just what is going on here?

Check out this tease for the shocking week to come, and for more DAYS previews, keep reading Soaps In Depth magazine!

Everything You Need to Know About Susan Banks

The Tragic History of Will Horton