The New Year’s Eve celebration at Doug’s Place was interrupted by the shocking arrival of Vivian Alamain, but as you can see in these spoilers from DAYS OF OUR LIVES, that’s just the beginning! Tyler Christopher, a Daytime Emmy winner for his work on GENERAL HOSPITAL, is now in Salem, and things will never be the same again!

“Allow me to introduce myself,” the mystery man says to the other partygoers, taking off his coat. Stefan is Vivan’s son, and he is both an Alamain and a DiMera, so he’s going to be double trouble! Chad and Abby are going to have their hands full dealing with him, especially when he stands before Abby half-naked and grinning like the cat that ate the canary! 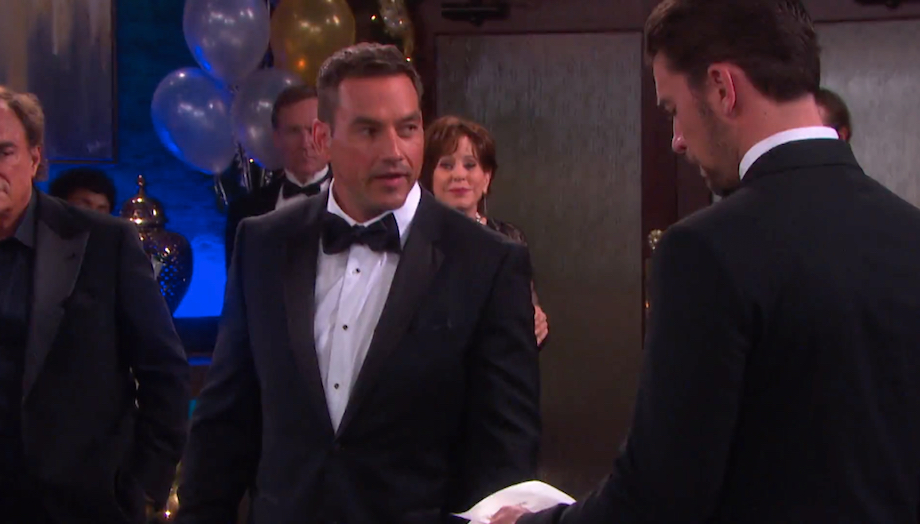 The New Year’s celebration comes to a screeching halt as Stefan presents a stunned Chad with some papers. “Happy New Year,” he smiles while everyone looks startled to see them. As Vivian and Stefan make their intentions known, the duo could prove to be unstoppable! “There’s really nothing either one of you can do to stop it,” Stefan warns them. Just what do Vivian and Stefan have in mind, and is there anything anyone can do to thwart their schemes? The people of Salem know what to expect from Vivian, but what about Stefan? What could this wild card have in store?

Check out this tease for the week to come, and for more DAYS previews, keep reading Soaps In Depth magazine!

All the Beautiful Babies Born to Soap Stars Last Year