Theresa is back in these DAYS OF OUR LIVES spoilers, and that’s thrown quite the monkey wrench into Brady and Eve’s engagement! And she’s not the only one who has returned to Salem — Xander is making himself at home, but what is he really after?

Eve was thrilled when Brady proposed for real, but her dreams of walking down the aisle with him have turned into a nightmare when her sister, Theresa, came back into their lives. Brady may have fallen head over heels for Eve, but he and Theresa share a son, Tate, and he was absolutely crushed when she left him. “He wants to be with me!” Theresa informs her sister. But Eve isn’t likely to give up without a fight! Of course, it’s Brady’s decision to make in the end — shame he can’t make up his mind! “I don’t know what the hell to do?” he confesses to Marlena. This could get ugly! 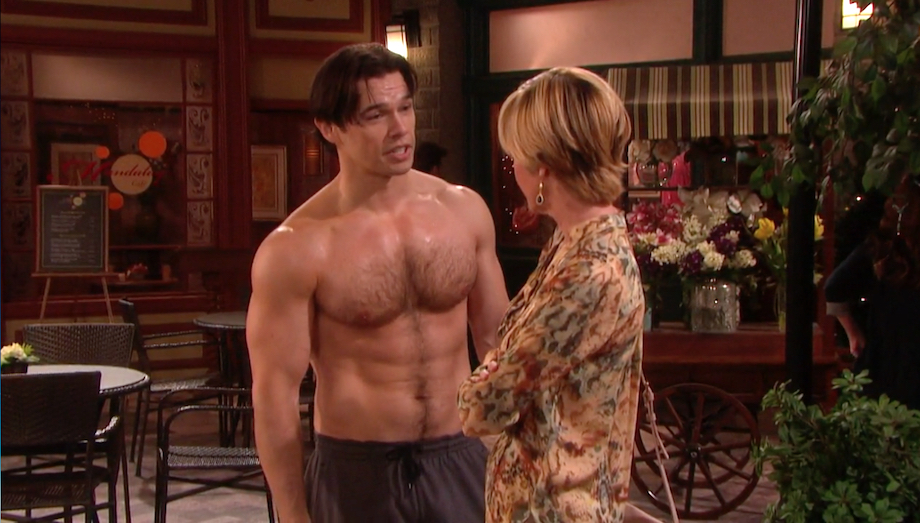 Xander also accompanied Theresa back to Salem, and he has settled in nicely at the Kiriakis mansion. He’s also saving money on clothes since he apparently doesn’t seem to own any shirts! Not that folks are complaining about the view! “Clothes are just massively overrated,” Xander teases Eve when she runs into him jogging shirtless. But other than showing off his impressive physique, what exactly does Xander hope to accomplish now that he’s back in town?

Don’t miss this tease for the dramatic week to come and for more DAYS previews, keep reading Soaps In Depth magazine!

Kyle Lowder Is “Thrilled” to be Back at DAYS, But Who Is He Playing?