Prepare yourself for a week of love and romance in these DAYS OF OUR LIVES spoilers! There’s young love between Tripp and Ciara, unlikely love between Eve and Brady, and eternal love between John and Marlena. Which one will stand the test of time? (It would seem obvious, but in Salem, you never can tell!)

Tripp and Ciara were both interested in other people before, but now they’ve found happiness with each other. “It’s time to show you how much you mean to me,” Tripp smiles as he gives her a tender kiss. What grand romantic gesture could he have in mind? Hopefully he’s not thinking of proposing, because they’re too young for that, and there are two other couples who are heading down the aisle! 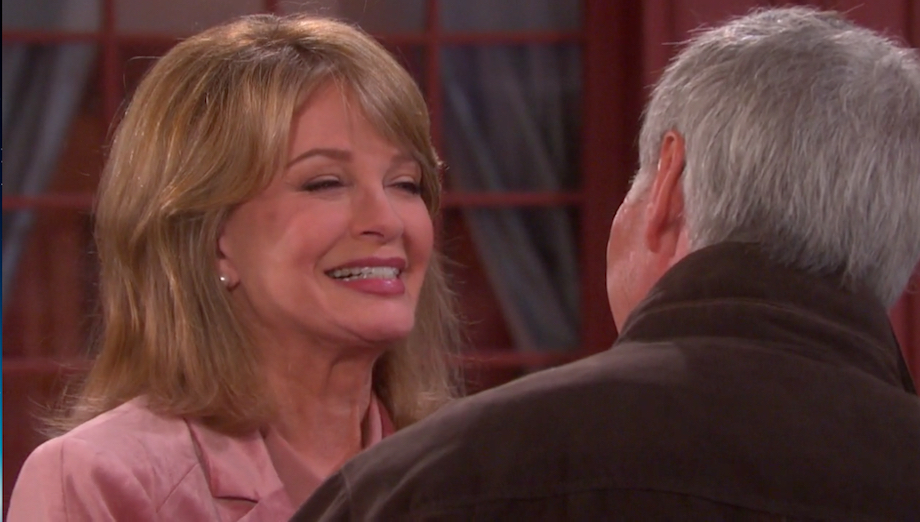 Eve and Brady’s relationship started as a scam but eventually became genuine, and now he wants to make things official by putting a ring on it. “Will you do me the honor of becoming my wife?” he asks, pulling out a box from under his hospital blanket and revealing a stunning diamond ring. Eve is thrown that he’s popped the question, but how will she respond? Will she lock Brady down in case Theresa comes back to Salem for him?

And John has a proposal of his own for Marlena. “Will you marry me?” he asks his Doc. “One last time?” Marlena beams with joy and happiness at the thought and the couple locks lips to seal the deal. John and Marlena have been married more than a few times before, but maybe this will be the one that sticks?

Check out this preview and get swept away in the romance this week. And for more DAYS previews, keep reading Soaps In Depth magazine!

Everything You Need to Know About Theresa’s History in Salem

That Was John Enos Playing Roger Taylor on DAYS