Will has made the decision to take the drug that could bring back his memories in these DAYS OF OUR LIVES spoilers. But if he remembers his old life, what will that mean for the new life that he’s built in Salem?

When Will was discovered alive, he wasn’t entirely himself because he was suffering from amnesia as a side effect of the procedure that brought him back to life. So without any memories of his love for Sonny, Will cast him aside and began a relationship with Paul, instead. And even though he knows that their future could be in jeopardy if Will remembers his feelings for Sonny, Paul is by his side as he makes the decision to go through with it. “This formula could cure my amnesia,” Will tells Marlena. 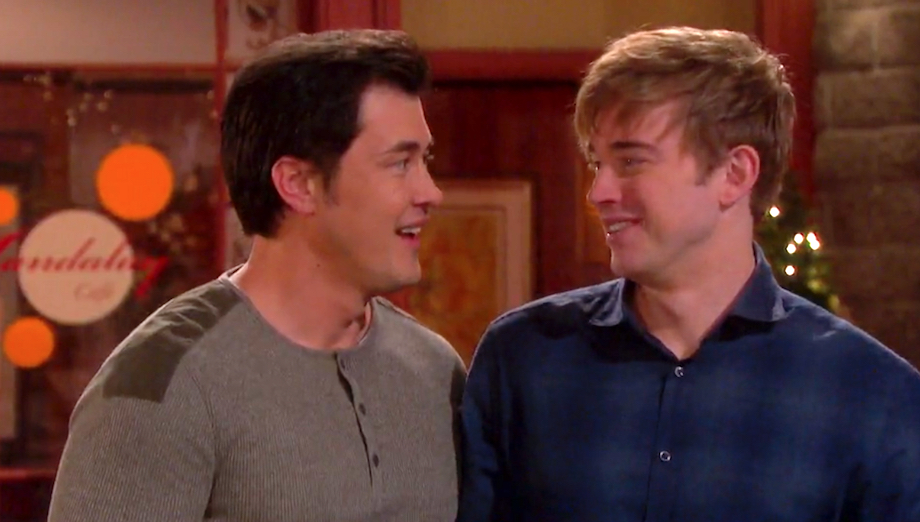 Is this the end for Paul and Will? (Photo Credit: NBC)

With Paul by his side and holding his hand, Will braces himself as Marlena fills a syringe with the formula and injects it into her grandson’s arm. If the drug actually works, Will should remember everything about his life, including how much he loves Sonny. But what will that mean for the feelings he’s developed for Paul? Will one erase the other? Or could Will find himself torn between two men? Or might Paul gallantly step down if he sees Will and Sonny getting back together?

This week on #DAYS: Will may be able to cure his amnesia, but at what cost? https://t.co/4qFe8iY9Sl