In soaps, whenever there’s a character that is hated by pretty much everyone in town, it’s the perfect set up for a murder mystery. And in these spoilers from DAYS OF OUR LIVES, it’s time to ask: “Who killed Andre DiMera?”

As one of the most hated men in Salem, Andre basically was making enemies everywhere he went. Especially Gabi, who warns, “Don’t ever touch me, or you’ll be very sorry!” Even his half-brother, Chad, wants nothing to do with the guy. “He’s dead to me, you understand?” Chad promises Abigail. Andre has been turning business with Kate into pleasure, but even as their feelings have been deepening, he’s been secretly working with Vivian to take over the company! 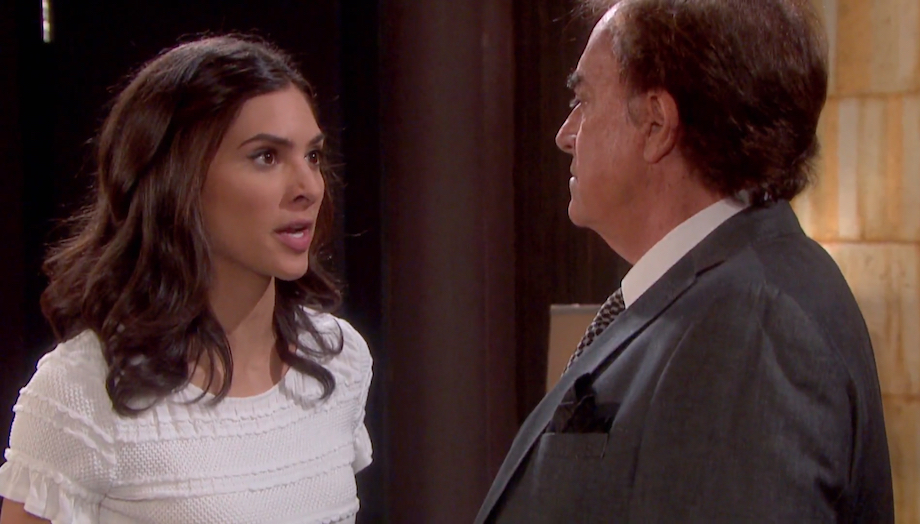 Gabi warns Andre to keep his distance, but how far would she go to get rid of him? (Photo Credit: NBC)

But when Abigail enters the office to find Andre lying on the floor, bleeding from the head, the question must be asked — who hated Andre enough to kill him! Anna DiMera is back in Salem, and she’s not crazy about the family that killed her beloved Tony. Vivian claimed to be working with him, but might she have plotted another double cross? Or did Stefan find out about his mother’s conspiracy with Andre and decide to take him out? This is Andre DiMera we’re talking about here, so the suspect list is epic!

Check out this tease for the thrilling week to come, and for more DAYS preview, keep reading Soaps In Depth magazine!