Lives hang in the balance as Juliet is rushed into surgery in these spoilers from THE YOUNG & THE RESTLESS! Will either she or her baby survive the ordeal? And Dina continues her rampage through Genoa City, leading her loved ones to worry about her well-being!

After Juliet collapsed at the courthouse and began bleeding, she was rushed to the hospital. Exhausted waiting for news about his baby, Cane fell asleep on the couch, and when he wakes up to ask what’s going on, Lily is there with an update. “They rushed her into surgery,” she reports. And as Cane worries about Juliet and their baby, in the operating room, things aren’t going well. “She’s losing too much blood,” the doctor announces. “Either we get this baby out now or we lose them both!” Will either Juliet or her child come out of this alive? 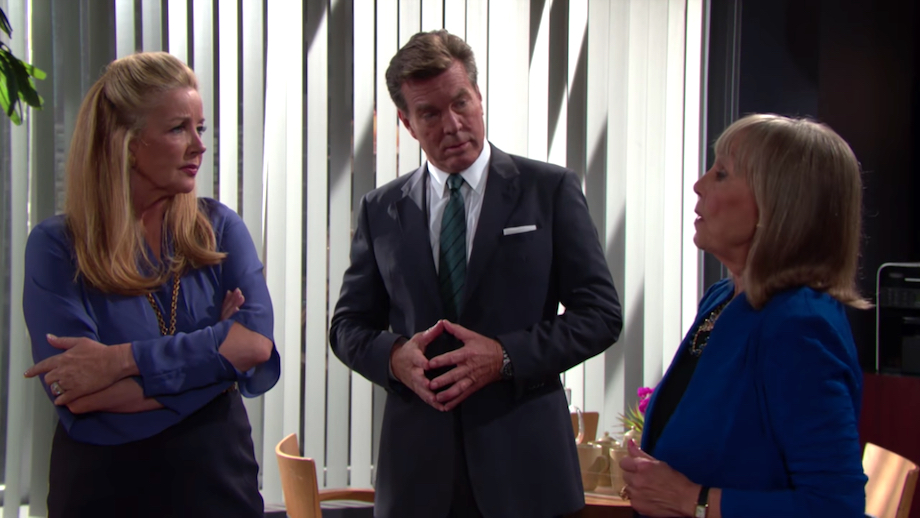 Nikki isn’t having any of Dina’s sass! (Photo Credit: CBS)

Dina has been acting very erratically since Jack and Ashley brought her back to Genoa City from Florida. Last time, she tore into Gloria, calling her a tramp, and this time she’s directing her venom towards Jack’s new woman, Nikki! “Now that you’ve lost Victor,” Dina taunts with a sly grin, “any rich young man would be happy to have a free lap dance.” Just what is really going on with Dina, and can Jack figure it out before his mother alienates everyone in his life?

Billy Abbott Is a Survivor!